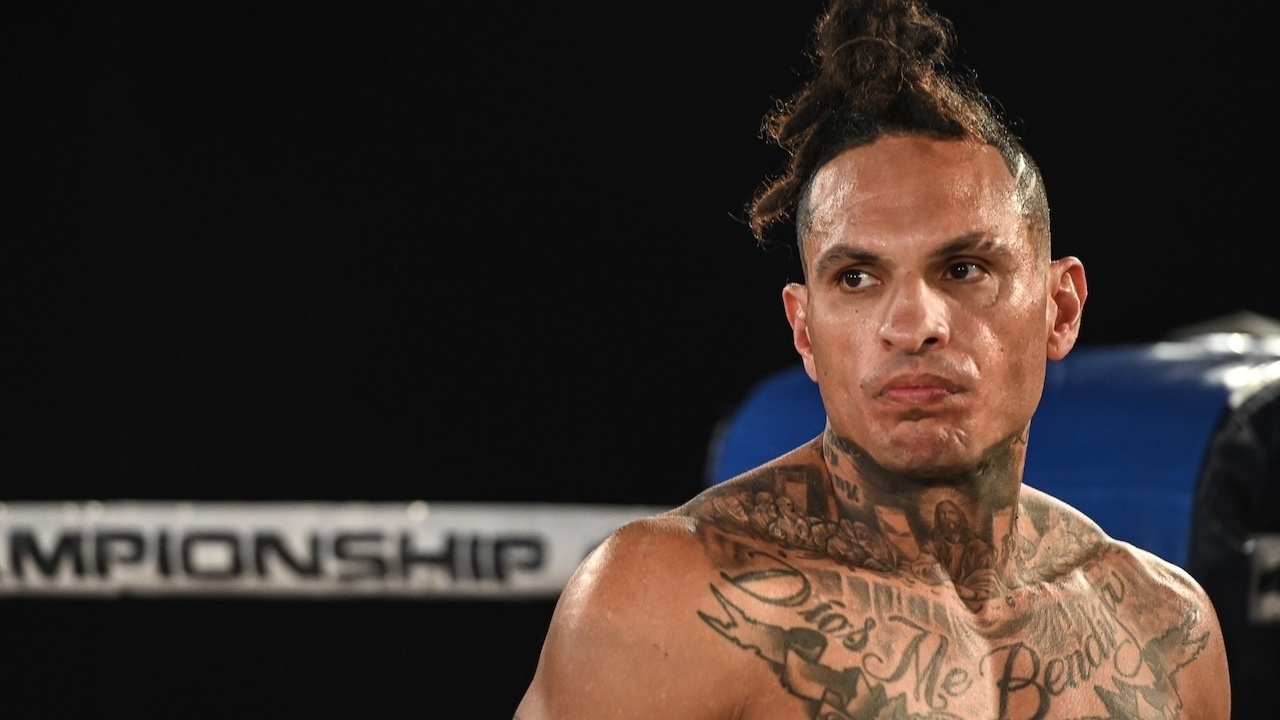 Uly Diaz doesn’t have time for nonsense. The clock is ticking. His life, once filled with chaos and trouble and now focused on bare knuckle aspirations, is still very hectic. Diaz, who calls himself “Monster” and fights Sawyer Depee at Knucklemania 2, is surrounded by distractions, it seems. He’s fine, though.

Average people—the ones not getting punched for a living, that is—don’t understand the mind of the fighter, nor should they be expected to. Usually people shy away from absorbing whacks to the face and fear pain. When those things define your job, fear must be suppressed or controlled.

That’s also why Diaz respects his opponents. He knows fighters these days often trash talk one another before fights and he doesn’t sound like it bothers him. Diaz just doesn’t have time for it. 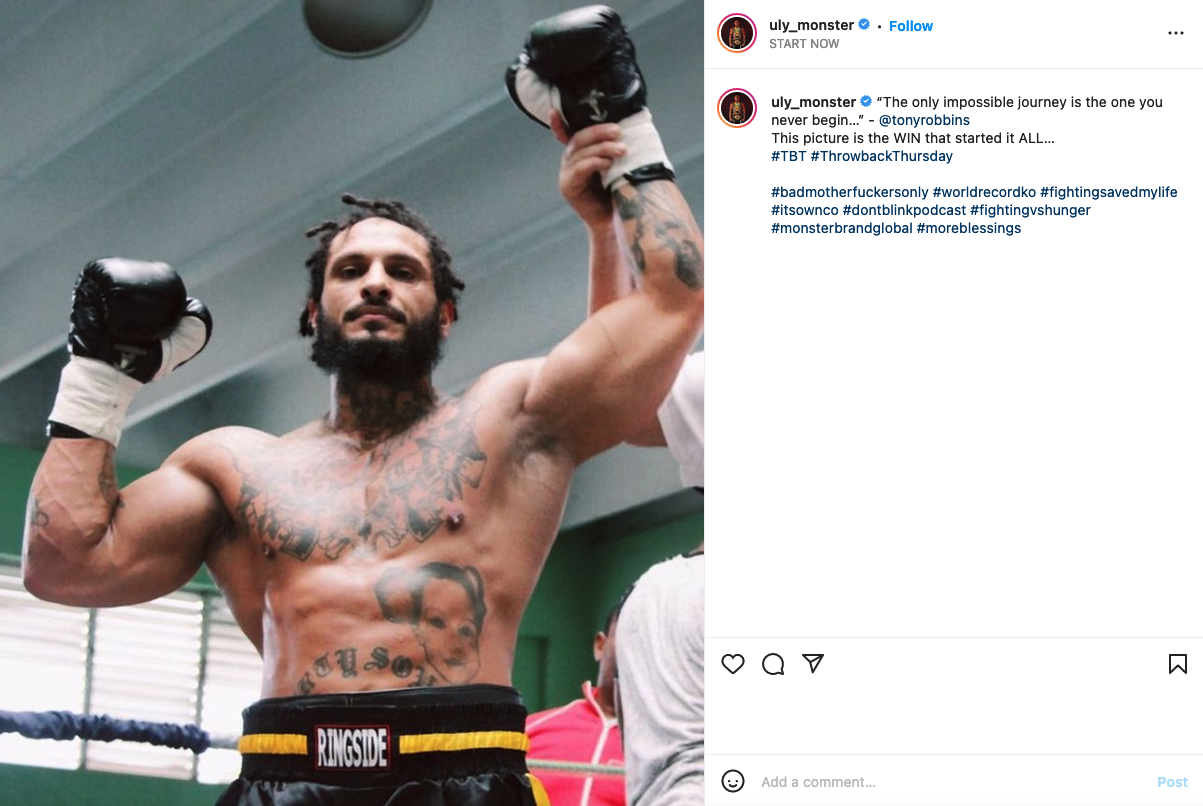 “There is no being scared in this business,” Diaz said. “This is the hurt business. It takes a lot just to be able to get into the ring. A lot of months, a lot of sh*t, it’s nothing about being scared. I’m not gonna talk sh*t or type to you about my feelings on the internet.”

At 40, Diaz isn’t nearly as online as some of his fighting peers. Though in fairness, it was the internet that helped Diaz’s three-second knockout of Doniele Benedetto at BKFC 14 go viral.

“I made it around the world in three seconds with that knockout [of Benedetto],” Diaz beamed. “I was getting calls from Russia, France. It was that moment you’re looking for in life. Whatever it is you do [as a profession], you always wonder, what’s gonna be my moment? It was amazing for it to happen. So many great things have come from that.” 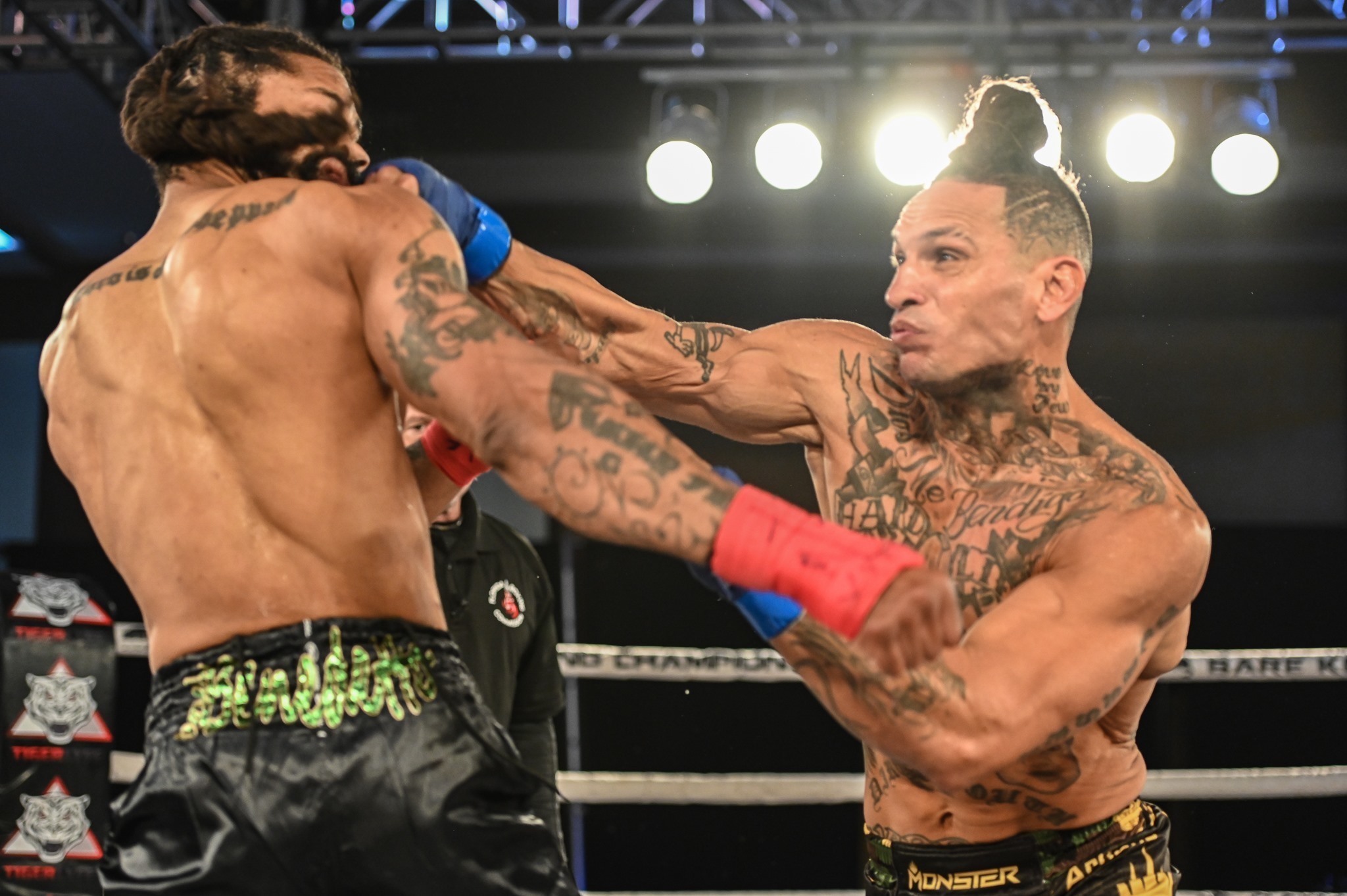 Three seconds. Referee Andrew Glenn calling for both fighters to “toe the line” and “knuckle up” took longer than Diaz feinting a jab and landing a crushing right hand that put Benedetto to sleep. It was so fast that Benedetto’s fall roused him. But it was long enough to get Diaz a title shot.

Diaz faced former UFC star Thiago Alves for the inaugural BKFC middleweight championship at BKFC 18. It was a bloody, back-and-forth war. Diaz floored Alves before hitting the deck three times himself and stopped in his corner before the 4th round began. The crimson result justified the pre-fight cordiality between the two. Fighters can’t put each other through something like that without arriving at even just a smidgen of mutual respect.

“I come from a different background,” Diaz explained. “There’s no reason for me to call you anything outside of your name. When the day comes, all that sh*t-talking never made anyone bleed. We’re gonna get in the ring and we’re gonna settle things.”

It wasn’t an official victory, but Diaz honored his own journey. From prison, street fights and what he calls “all that stupidity,” to taking a chance and flying from Colorado, where he was living, back home to Miami to kickstart a professional combat sports career in his mid-30s. Fighters must be brave, but there are different kinds of courage, like the kind Diaz needed to make such a late start. 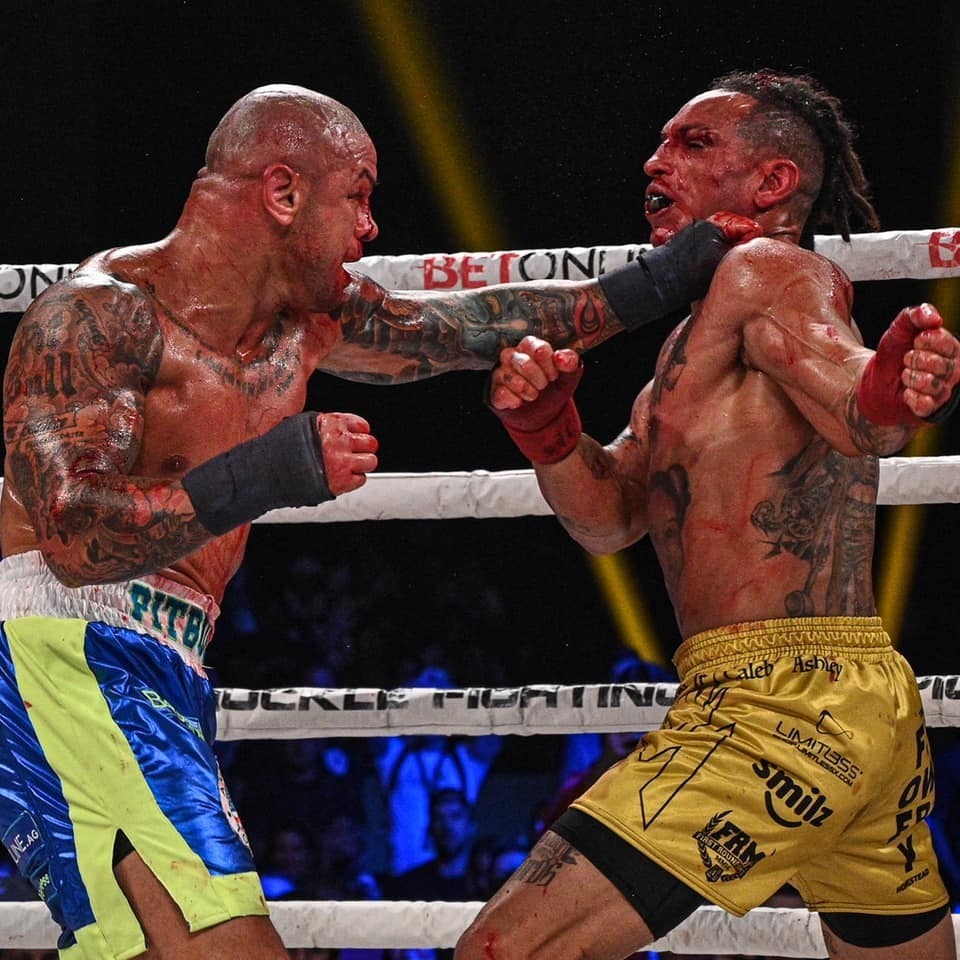 Against odds, Diaz went 12-1 in pro boxing and he was training out of the 5th Street Gym. Boxing allowed him to fight in five different countries. It also taught him consistency and the meaning of hard work. Fighting brought Diaz mental clarity, he says.

The structure Diaz craved but never had, fighting gave him. And being a fighter has allowed him to take risks outside of combat sports in an attempt to guide his own future.

“My fiance [WWE star Dana Brooke] and I work out all the time. We’re big into working out. We’re actually opening up a food truck in March [of 2022]. It’s a food trailer called ‘Knuckle Sandwich 305’ with a bunch of sandwiches and milkshakes. For fun, I have an 8-year-old kid and a 9-year-old nephew that lives with me. I’m constantly busy. Hopefully in the next few years I’ll be able to retire from fighting and collect on the things I’ve worked on.” 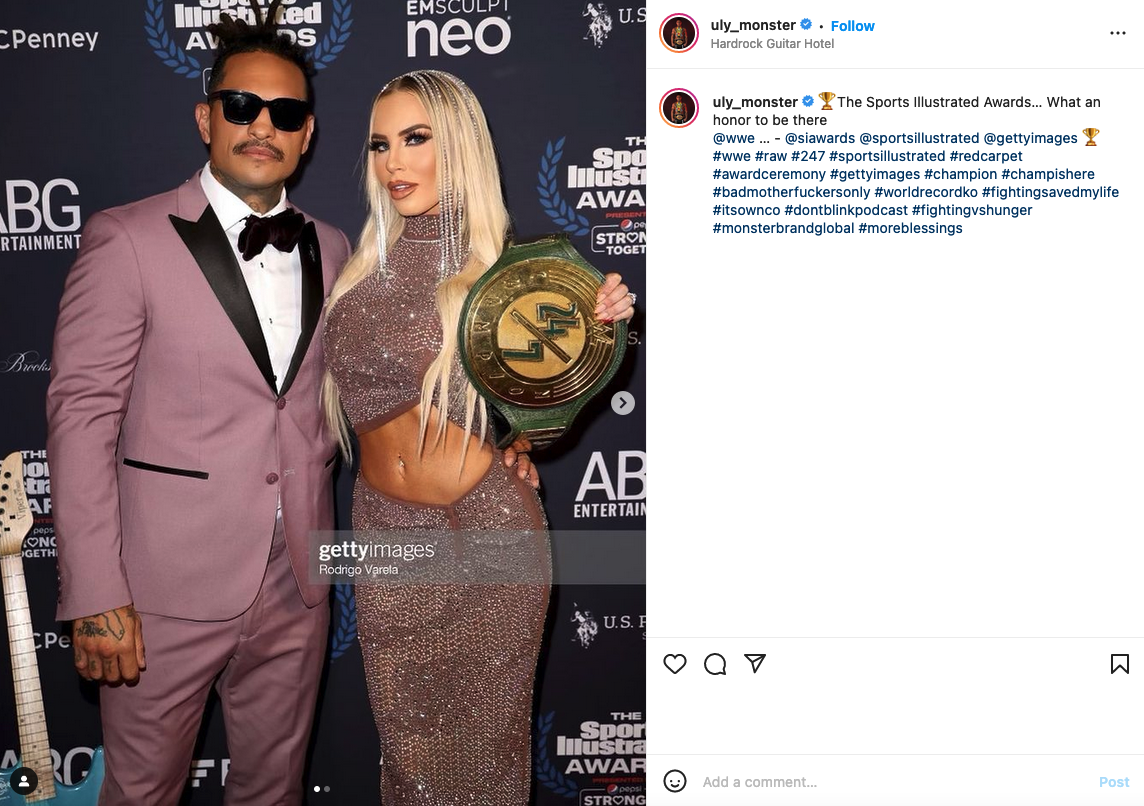 All in good time. Diaz can do all of his favorite things later. He can be the father figure he never had, he can listen to his audiobooks and podcasts, listen to Earth, Wind and Fire as he pleases. But it might be a lot easier if he gets another win at Knucklemania 2.

Diaz’s opponent, Sawyer Depee, is a late replacement for Melvin Guillard. Depee took a little over one minute to destroy James Dennis on BKFC Montana in October 2021, using a nice southpaw right hook to bust his opponent up. Diaz claims he doesn’t like looking past upcoming opponents, no matter who they are. He has plans, sure, but not until after February 19th.

Patience is tough to come by when time feels short. Diaz knows that feeling well, but this monster lit his own fire. He’s ready to pass along what he’s learned, before time is out. 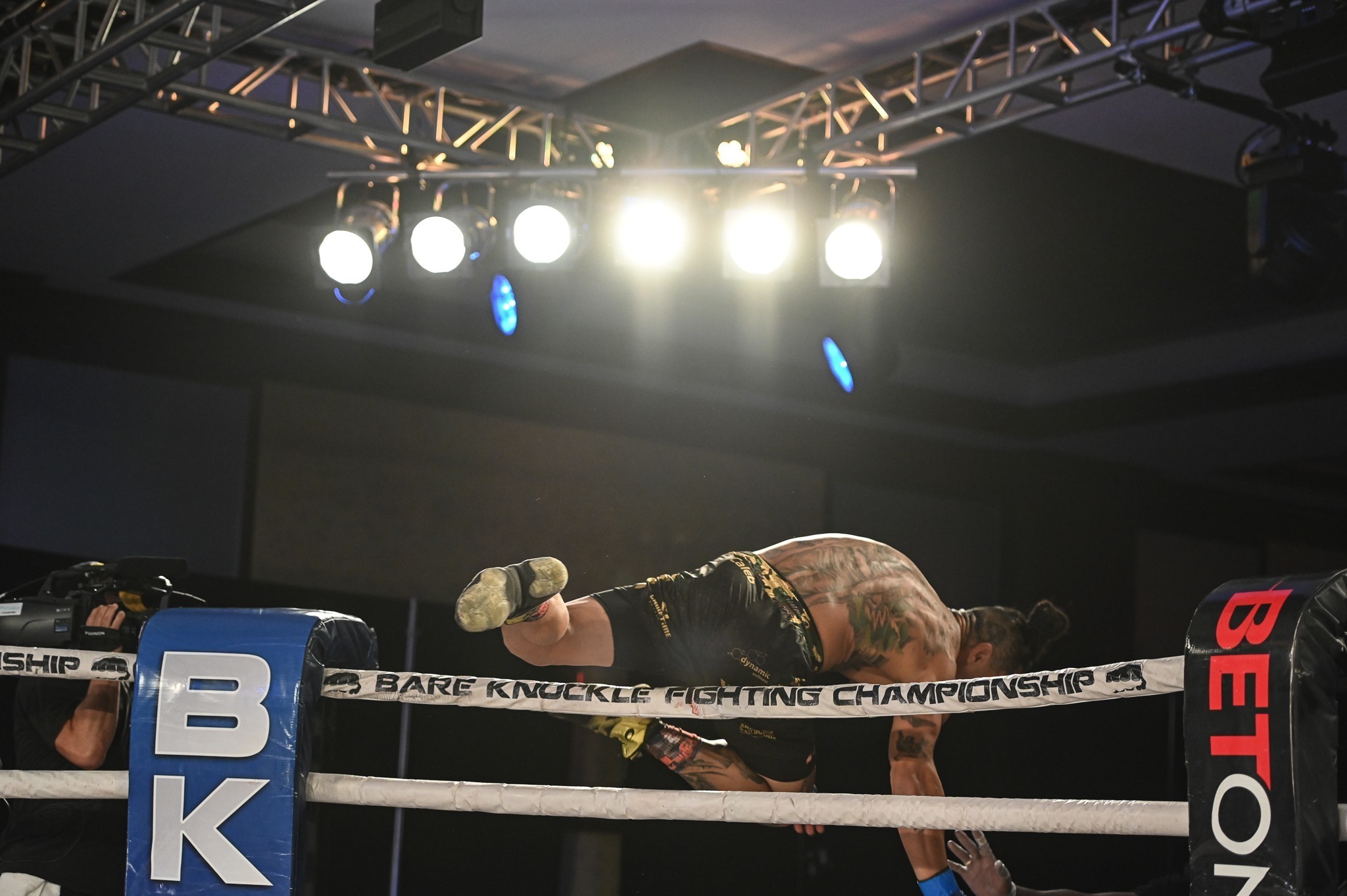 “It’s never too late. Don’t think because of your age, your record, anything that’s been hindering you or holding you back is bullsh*t. It’s an excuse. The scariest part is taking that first step forward, but it’s never too late. Stay consistent, put in the time and you’ll eventually be successful. I’m still working toward being successful, but I’m happy where I’m at, and I do know that if I stay consistent and put in the time doing hard work, I will leave a legacy behind.”