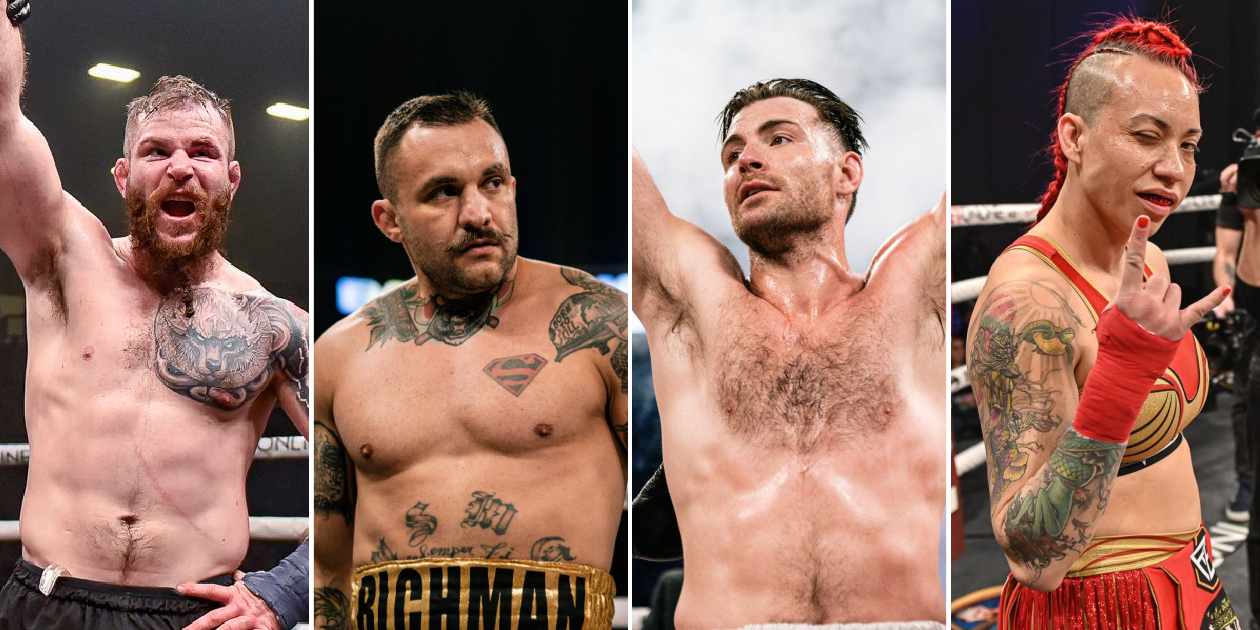 The Bare Knuckle Fighting Championship Squared Circle sets up shop in Denver for the first time on Saturday, with BKFC 31 under the bright lights at 1STBANK Center. Check out some of the hottest storylines for the action-packed event as we count down the seconds to fight night, LIVE on the BKFC app.

Battle of the unbeaten in Main Event

Two of BKFC’s baddest undefeated fighters collide in Saturday’s Main Event as Mike “The Marine” Richman (3-0) and Isaac “The Honey Badger” Doolittle (3-0) meet in light-heavyweight action. Both fighters have started their bare knuckle fighting careers on an absolute tear, and the world will see whose undefeated record remains intact after Saturday night’s action.

UFC vet Jake "The Gypsy" Lindsey tries to climb to 3-0 in the Squared Circle as he welcomes 16-time Bellator MMA vet Brandon Girtz to the world of bare knuckle fighting. Nineteen-time UFC combatant Chris Camozzi and Bubba McDaniel, a three-time UFC vet and three-time Bellator vet, each step into the Squared Circle for the first time. Camozzi’s MMA record includes seven knockouts and McDaniel has 11 KOs on his MMA resume. Both men are eager to drop the gloves and test their striking skills in the fastest-growing combat sport in the world.

While fans around the world are counting down the seconds to Saturday’s Main Event and Co-Main Event, the rest of the BKFC 31 card is filled with fun scraps. In the Feature Fight, former UFC heavyweight Josh “Cuddly Bear” Copeland makes his BKFC debut against heavy-handed Levi Costa (1-0). There are several other fan-favorite fighters returning to action this weekend, including Gorjan “GoGo” Slaveski (3-0), Andrew Angelcor (1-0), Crystal "The Rugged Beauty" Pittman (1-2), Christian "The Terminator" Torres (1-2) and more.