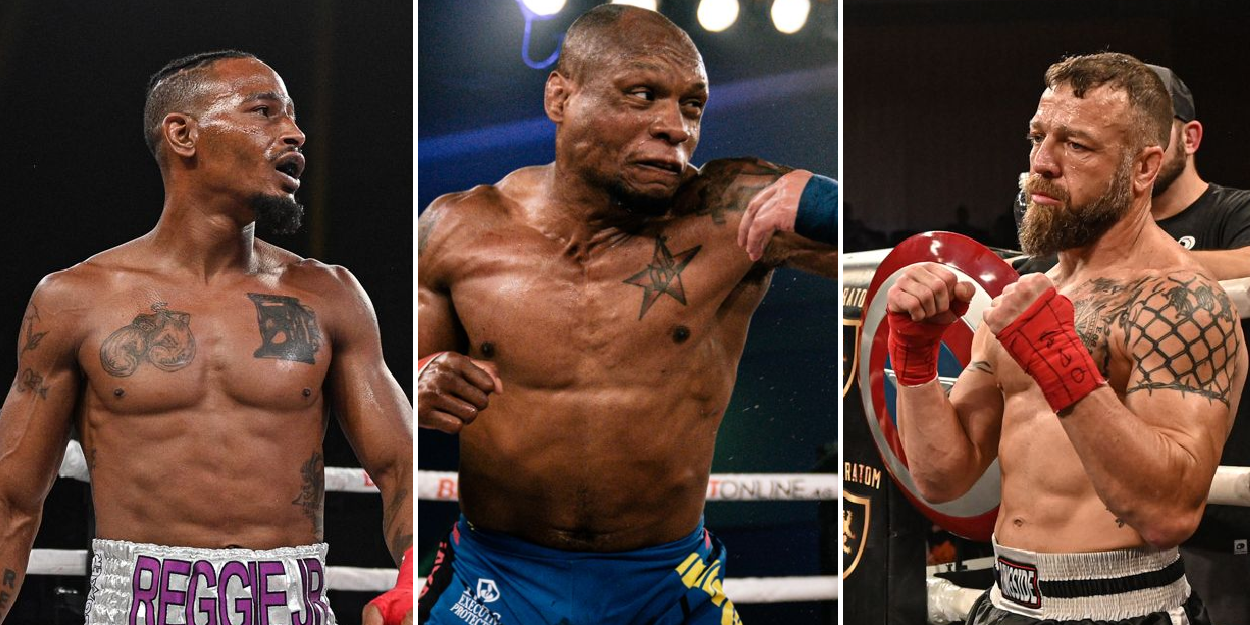 Top 3 storylines for BKFC 32 on Saturday

BKFC 32 goes down Saturday in Orlando under the bright lights at Caribe Royale, LIVE on the BKFC app. As always, BKFC Matchmaker extraordinaire Nate Shook has loaded the deck with a can’t-miss card this weekend in the Sunshine State. Here are the Top 3 storylines heading into Saturday’s action.
Big-Time Bantamweights Battle In the Main Event
In the biggest fight of the night, Reggie “Educated Hands” Barnett Jr., the No. 5-ranked Pound-for-Pound fighter on the BKFC roster, does battle with Geane “The Revolutionary” Herrera, the No. 2-ranked BKFC flyweight. On Saturday, Barnett Jr. (7-2) will become the first fighter in history to compete 10 times in the BKFC Squared Circle. Herrera, a former star in the UFC, is eager to climb to 2-0 and make a big-time statement against one of the most decorated fighters on the BKFC roster.
Fireworks Guaranteed in the Co-Main Event
Don’t blink when middleweight knockout artists Jared “Captain Deadpool” Warren (4-2) and Jay “Action” Jackson (2-1) collide in the Co-Main Event in Orlando. Both of Jackson’s wins have come by knockout, and all but one of Warren’s four victories have ended with a stoppage. Warren is the No. 5-ranked BKFC light-heavyweight contender, and Jackson is hungry to crack the Top 5 rankings after he cracks his opponent.
Card Full of Big Fights
The final two fights of the night at BKFC 32 have all the fans talking, but there’s much more to Saturday’s action than the fully loaded Main Event and Co-Main Event. In the Feature Fight of the night, No. 5-ranked lightweight contender Bobby “ODB” Taylor (4-1) hunts for his fourth first-round KO against Gabriel “Warrior of God” Freyre, who brings a 2-0 record into his big-show debut. BKFC 32 features former Bellator MMA star Jessica “The Black Widow” Borga making her highly anticipated BKFC debut against Brooke “The Guillotine” Gilley in women’s featherweight action, Travis "The Animal" Thompson (4-4, 4 KOs) defends his No. 5 spot on the bantamweight rankings against David "El Perro Necio" Diaz (2-0), and a flyweight showdown between JR “The Lion” Ridge (2-1, 2 KOs) and Chancey “Superfly” Wilson (2-1, 1 KO) and MUCH more.
Check out our Events page for the next BKFC event in your area, and keep up to date on all the happenings in the Squared Circle with the new and improved BKFC app.