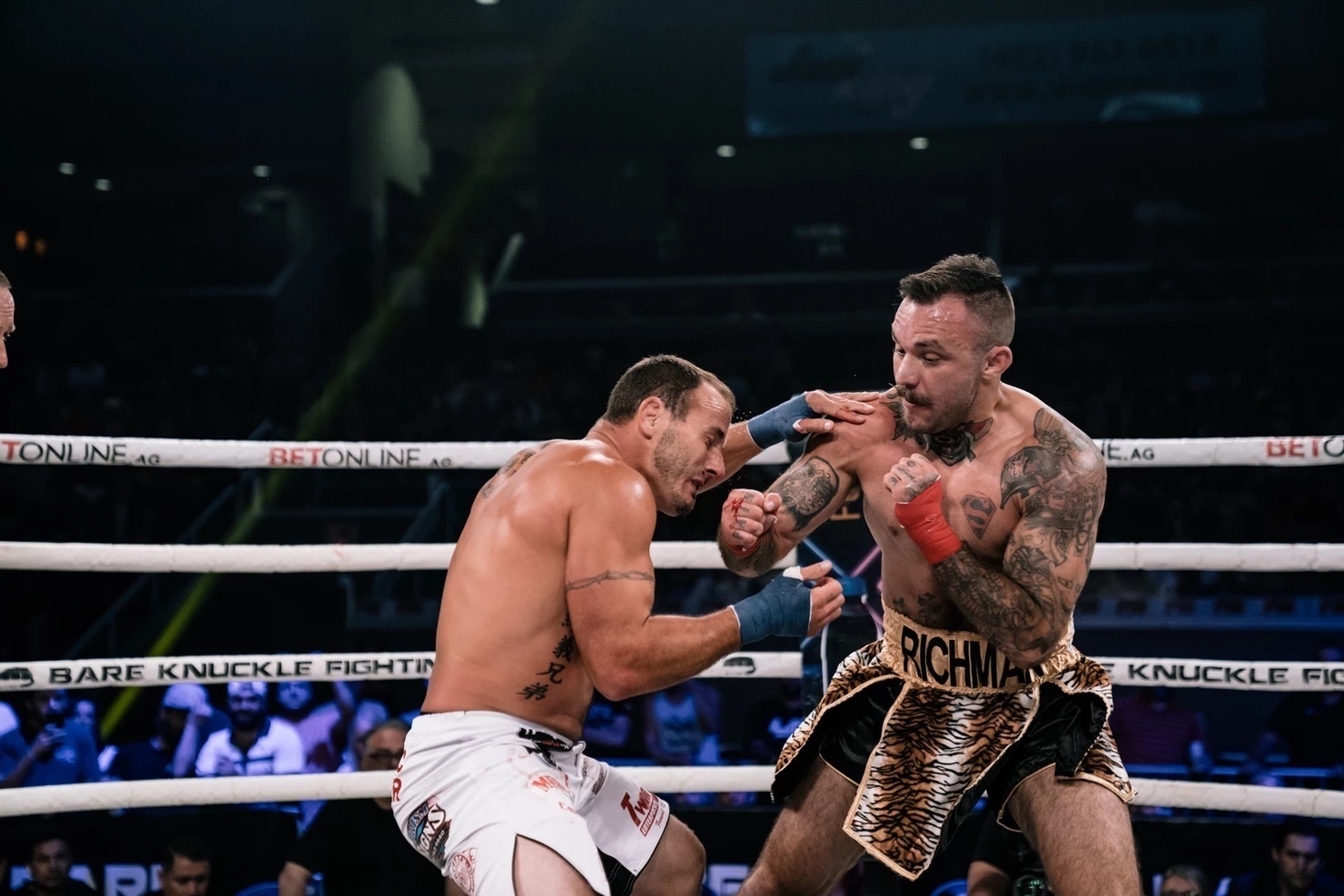 Bare Knuckle Fighting Championship (BKFC), The World’s Fastest Growing Sport, presented a spectacular card on Friday night, September 10 at the Ralston Arena for their first event in Nebraska in front of the huge crowd in attendance and those watching on the BKTV App along with FITE.TV.

Said BKFC President Dave Feldman following the tremendous night in which all of the fights ended inside the distance, “Tonight’s action was just finish after finish. What a debut in the state of Nebraska! I couldn’t be happier with the way these fighters performed tonight, the fans definitely got their money’s worth and we can’t want to come back here.”

In the main event of the evening, Omaha’s Dakota Cochrane, (2-1) was overwhelmed from the start by Mike ‘The Marine’ Richman, (2-0, 2 KOs) in their welterweight clash. Utilizing an array of blistering body shots, Richman sent the valiant Cochrane to the canvas four times in the first round.

Continuing his dominance in the second stanza, Richman earned the stoppage victory at the 0:37 mark of the round, dropping Cochrane one final time.

Co-featured in a battle of heavyweight arch-rivals, Josh “The Hammer’ Burns, (2-1, 1KO), knocked out Sam “The Hillbilly Hammer’ Shewmaker, (5-3, 2 KOs), with a massive left hook.

Competing in the lightweight division, Ryan Roberts, (1-0, 1 KO), stopped Jorge Gonzalez, (0-1), in the second round (0:29) with a blistering overhand right to the head.