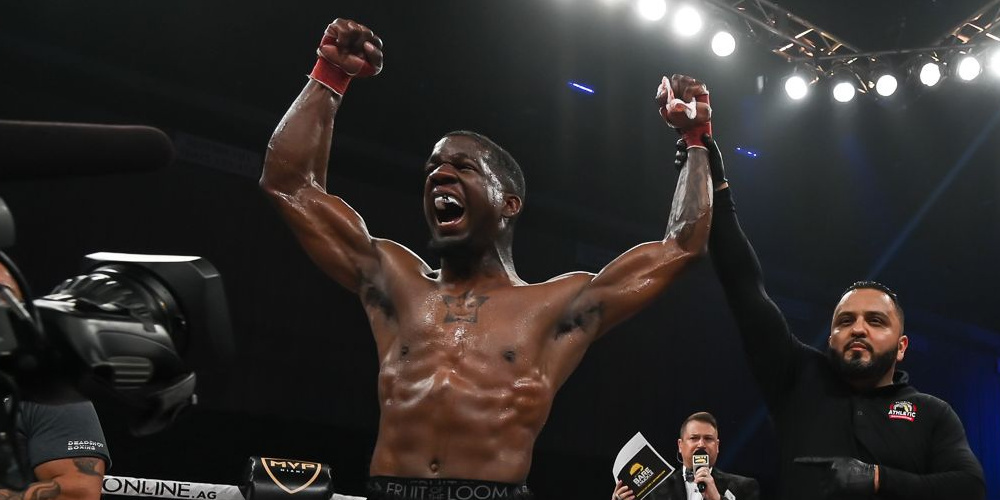 “Every sport has that God-given person. Floyd Mayweather was born to box. Lebron James was born to play basketball. I honest to God believe I was born to dominate BKFC,” Baxter said.

Where does Baxter’s confidence come from?

“I’m from the Bronx. I’ve been fighting since I was five years old, and I’ve never lost a hand-to-hand street fight,” said Baxter, who now splits his time between Nashville and Ohio.

“I’ve never lost, and more importantly I’ve never fought for the wrong reason. I’ve never been a bully. I treat fighting with respect, so I believe that’s why God blessed me with this opportunity.”

Baxter is coming off a victory in his BKFC debut in April. His next opportunity to make a statement with his hands comes in the form of Tony Jenkins. The pair meet in light-heavyweight action at BKFC 30 on Oct. 1 in Monroe, LA, LIVE on the BKFC app.

At just 26, “Big Shot” has a big shot at enjoying a long career in the Squared Circle. For now, he’s taking it all in stride and rolling with the punches.

“Exciting is the perfect word. I feel like I have the world ahead of me. I can learn so much from the guys who are ahead of me right now – Lorenzo Hunt, Joe Riggs, guys like that. There’s no need to call anybody out, because I know my time is coming,” Baxter said.