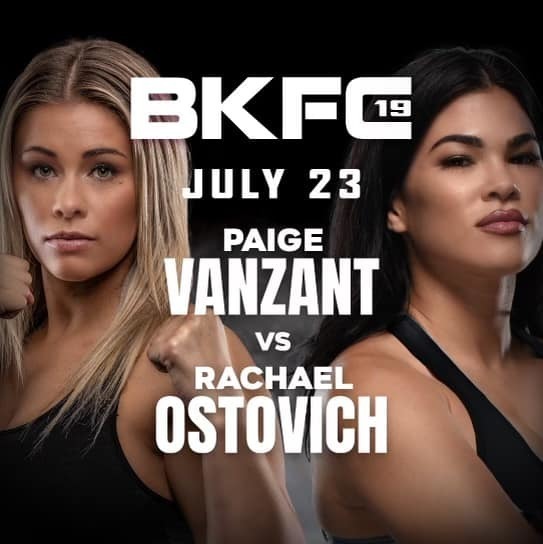 Two former foes in the UFC's octagon will meet once again. This time however, it will be in the BKFC squared-circle under slightly different rules.

On the heels of her bare knuckle fighting debut at KnuckleMania earlier this year, Paige VanZant will return at BKFC 19 on July 23, when she welcomes Rachael Ostovich to Bare Knuckle Fighting Championship.

The announcement was officially announced on the BKFC Instagram page.

When VanZant and Ostovich previously met in 2019, it was "12 Gauge" VanZant who came out on top with an armbar submission victory.

VanZant was unsuccessful in her bare knuckle debut, dropping a decision to rising star, Britain Hart. She will now look to her first win under the Bare Knuckle FC banner, but will she be able to get past the bare knuckle newcomer in Ostovich once again?

More details on BKFC 19 to come.