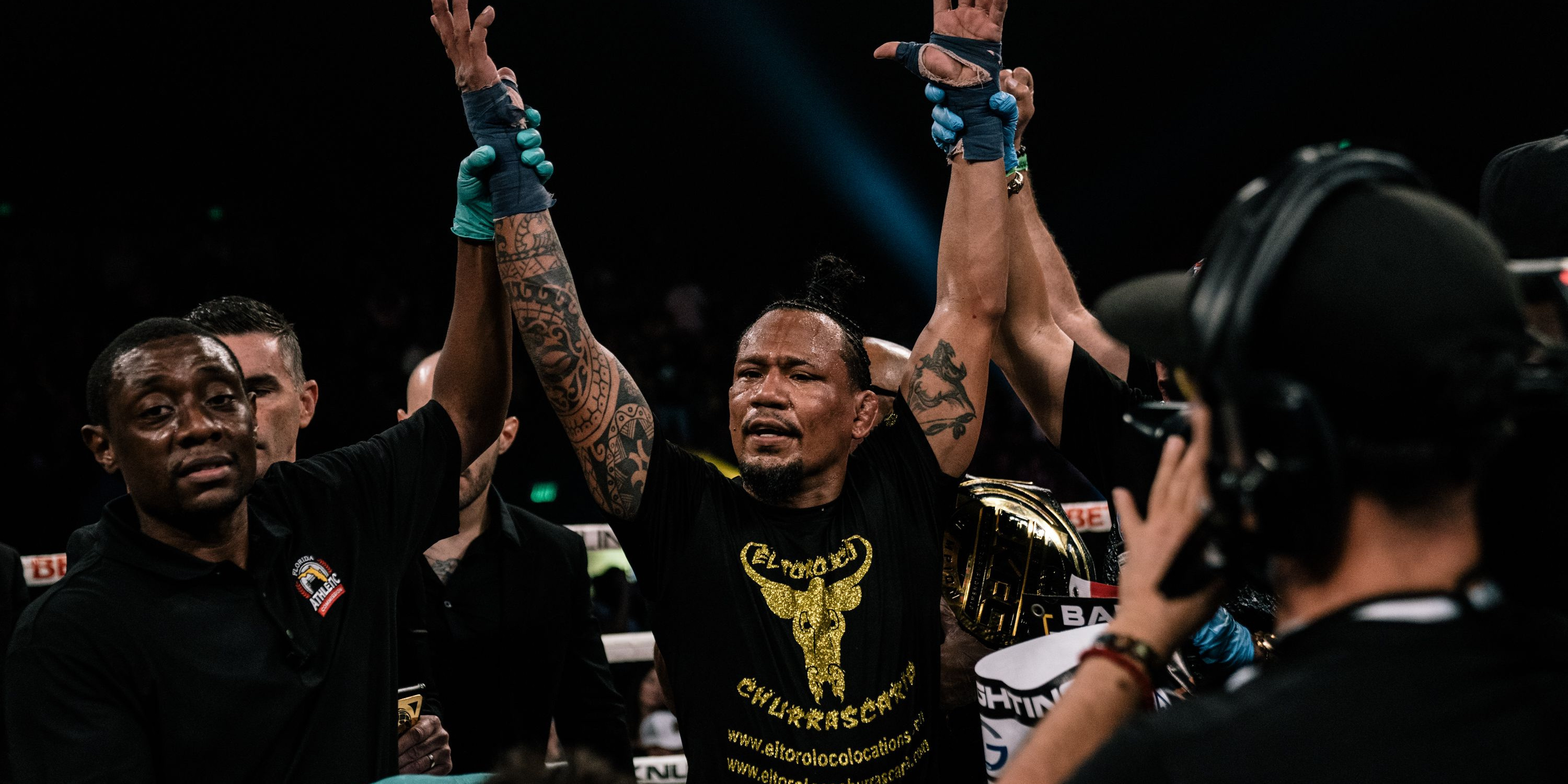 Palomino is the BKFC Lightweight Champion, and on Friday he moves up in weight to challenge Elvin Brito for Brito’s BKFC Welterweight Title in the Main Event at BKFC 26 on Friday in Hollywood, FL, LIVE on the BKFC app.

If the unbeaten Peru product wins this highly anticipated rematch, he’ll improve to 7-0 and become the first two-division champion in BKFC history.

The significance of this feat isn’t lost at all on Palomino, who’s been nothing short of sensational in his spotless six-fight run in the BKFC Squared Circle. It means a lot more to him than adding another belt to his impressive collection.

“Holding championship belts in two divisions will be the ultimate highest of the highs, in terms of accomplishments. Nothing will make me happier,” says Palomino, 41.

“This will be the culmination of 17 years of hard work and sacrifice. Seventeen years of ups and downs, pain and overcoming obstacles. But this isn’t just huge for me, it’s huge for the organization, and of course my family, friends and fans who have been riding with me since Day 1.”

Palomino has defended the BKFC Lightweight Championship four times. He says he isn’t surprised by what he’s been able to accomplish in the Squared Circle. But he wasn’t exactly a Blue Chip prospect when he first signed with the organization in 2020. He joined the BKFC ranks coming off a serious knee injury and a four-fight losing skid in his previous career as a professional MMA fighter.

Palomino has accomplished a lot in under three years with BKFC, but he knows the job isn’t done.

“I see a knockout coming,” he says with a chuckle when asked for a prediction for Friday. “I’m looking to take the head off my opponent; that’s just how I fight. He’ll be going to sleep in the first or second round. He’s not going to make it to the third round.”