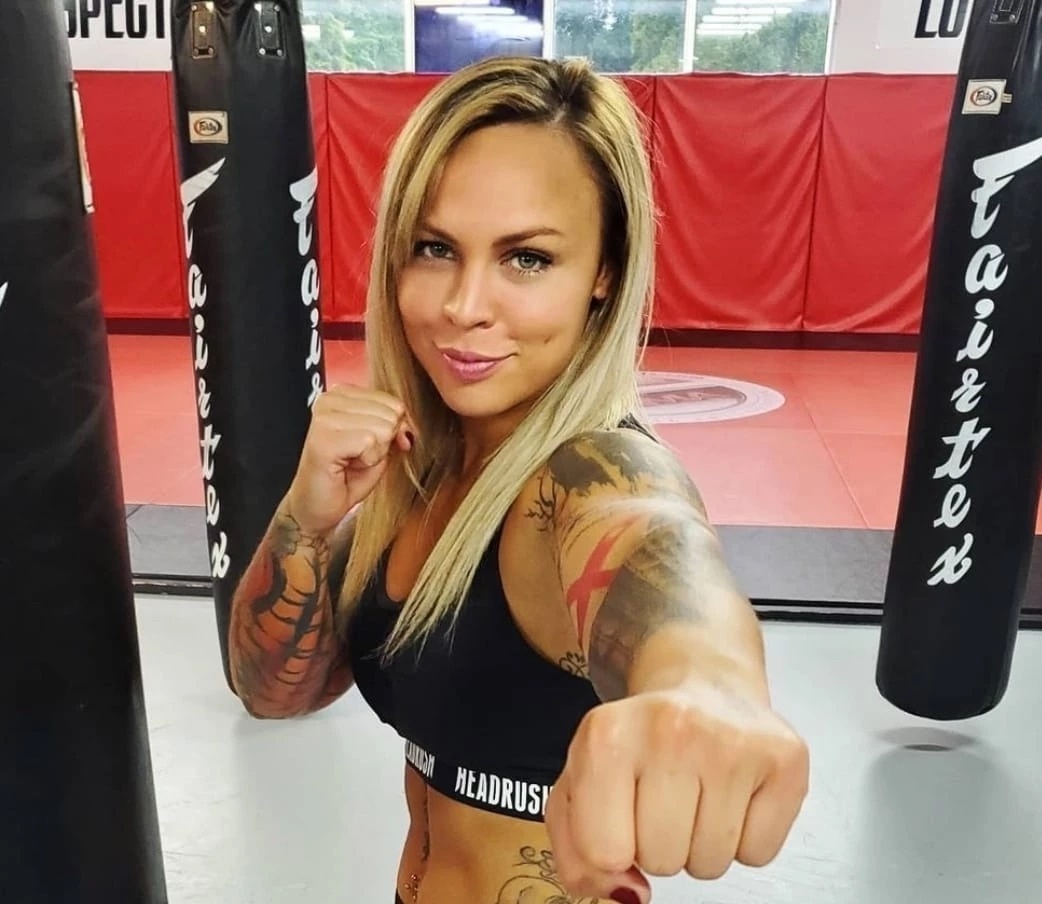 Jade Masson-Wong's reason for joining BKFC is simple: "I love punching people in the face"

When Jade Masson-Wong steps into the Bare Knuckle Fighting Championship squared circle on October 9, the 28-year-old Quebec City, Canada native will have experienced two things for the very first time.

Throughout both her amateur and professional combat sports careers which include both MMA and kickboxing bouts, Masson-Wong has never fought outside of Canada. So when she toes the line against Crystal Pittman in Billings, Montana, the fight will not only be Masson Wong's first contest on United States soil, it will also be the first time that she competes professionally in the sport of bare knuckle fighting.

Masson-Wong doesn't have much information about her opponent in Pittman other than that she was previously scheduled to compete for BKFC, but the fight did not come to fruition.

"I don't know a lot about Crystal," Masson-Wong said. "I didn't find much online. I am ready for whatever. I know she is a little bit bigger than me but I don't care. I work hard, I train hard. I am more than ready for her."

Masson-Wong continued to talk about the pending challenge on October 9 as if the opponent in front of her is the current world champion.

"I always take every opponent I have seriously," Masson-Wong said. "She is the best in the world come fight night. That is what I train for, the best."

The fight against Pittman will be Masson-Wong's first fight in more than a year after not having been able to compete due to the ongoing COVID-19 pandemic. Like many athletes in her position, Masson-Wong turned to creating an OnlyFans account as a way to keep the lights on during inactivity in combat sports.

"I do body-piercing in a tattoo shop," she said. "Sometimes we were open, sometimes we weren't," she said about restrictions that forced temporary closure, ultimately forcing Masson-Wong to find another source of income as the pandemic unfolded. "I worked when I can. Those were my two ways of making money."

While money may be a motivator for her to take fights, Masson-Wong says that the reason she originally entered combat sports competition was because she is a "little crazy."

"When I was a young teenager I had problems with my parents and the justice system," Masson-Wong said. "Combat sports bring me balance," she continued. "I have structure in my life. I need that because I am too crazy. I have no limits. I needed something to keep me in line."

BKFC Fight Night Montana is headlined by a Middleweight Showdown between Joe ‘Diesel’ Riggs, of Phoenix, AZ and Melvin ‘The Young Assassin’ Guillard, fighting out of Denver, CO. Advance tickets priced from $150 to $40 can be purchased at www.MetraPark.com or by using this LINK. The First Interstate Arena is located at 308 6th Avenue North, Billings, MT 59101. Doors will open on the night of the event at 5:00 p.m. local time.

Popular fan-favorite Tom Shoaff, (2-3, 2 KOs), of Schaumburg, IL faces BKFC debuting Josh ‘Tha Prodigy’ Wright of Montana in the lightweight division. Shoaff looks to capitalize on his first-round stoppage of Nathan Mitchell on April 30, 2021 at BKFC-17 while Wright looks for a hometown victory in his first entry into bare-knuckle.

Also fighting in the women’s flyweight division, All-Action Standout, Taylor ‘Killa Bee’ Starling, (2-0, 1 KO), of Clover, South Carolina, faces off against Randine Elkholm, (0-1), of Washington State. The 25-year-old Starling, one of the most exciting fighters in the sport, stole the show at BKFC-19 with a brutal first round knockout of Cassie Robb on July 23, 2021 in Tampa, FL. Prior to that victory, in February 2021 at ‘KnuckleMania’, Starling won a unanimous decision over Charisa Sigala. Elkholm looks for her first BKFC win following a hotly contested clash with Britain Hart on November 13, 2020 at BKFC-14.