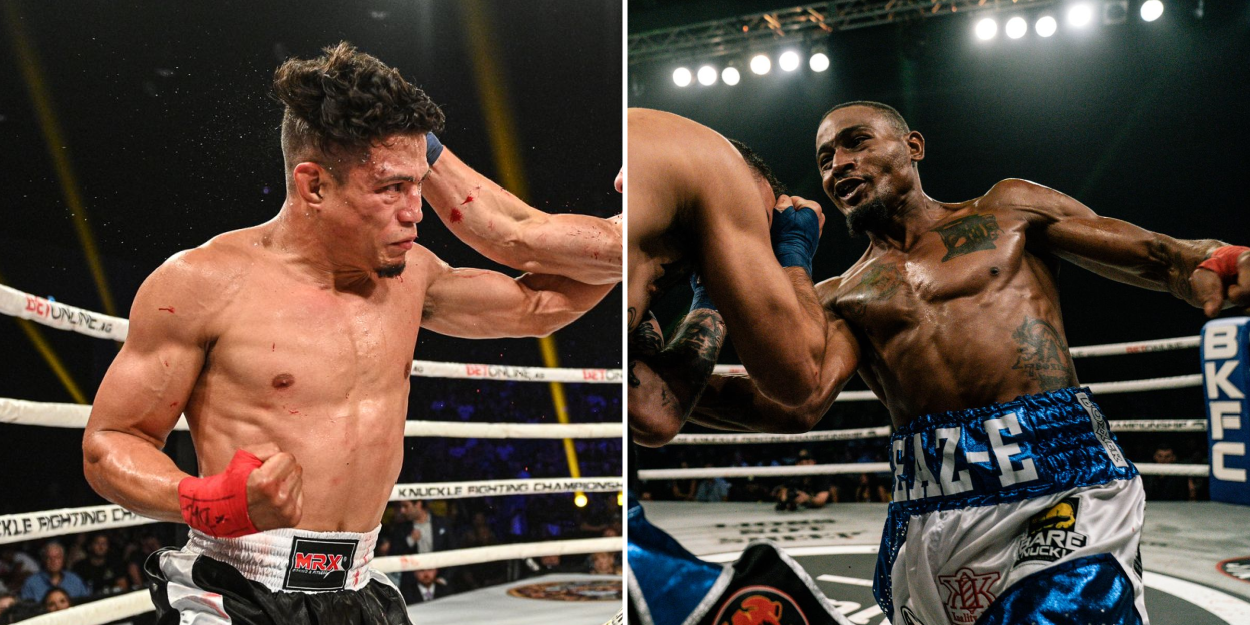 It's BKFC 32 Fight Week in Orlando!

It’s Bare Knuckle Fighting Championship Fight Week in Florida once again, as BKFC 32 goes down Saturday in Orlando under the bright lights at Caribe Royale.

As always, all of the action will air LIVE on the BKFC app.

In the Main Event, No. 5-ranked Pound-for-Pound fighter Reggie “Educated Hands” Barnett Jr. (7-2) takes on Geane Herrera (1-0) in the stacked BKFC bantamweight division. Barnett Jr., the Interim BKFC World Bantamweight Champion, will make history Saturday as the first fighter to compete 10 times in the BKFC Squared Circle. Herrera, a former star of the UFC’s Octagon, is moving up in weight from the BKFC flyweight division, where he’s the No. 2-ranked contender, for this highly anticipated, non-title bout.

In the Co-Main Event, Jared “Captain Deadpool” Warren (4-2) locks horns with Jay “Action” Jackson (2-1) in middleweight action. Warren, the No. 5-ranked BKFC light-heavyweight contender, hunts for his fourth KO against Jackson, whose two victories have both come by knockout.

In the Feature Fight, Bobby “ODB” Taylor (4-1) eyes his fourth first-round KO against Gabriel “Warrior of God” Freyre, who brings a 2-0 record into his big-show debut, in a lightweight bout. Taylor is ranked fifth in the division.

Also on the card Saturday is the BKFC debut of former Bellator MMA star Jessica “The Black Widow” Borga against Brooke “The Guillotine” Gilley in women’s featherweight action, Travis "The Animal" Thompson (4-4, 4 KOs) defends his No. 5 spot on the BKFC bantamweight rankings against David "El Perro Necio" Diaz (2-0), a flyweight battle between JR “The Lion” Ridge (2-1, 2 KOs) and Chancey “Superfly” Wilson (2-1, 1 KO) and MUCH more.