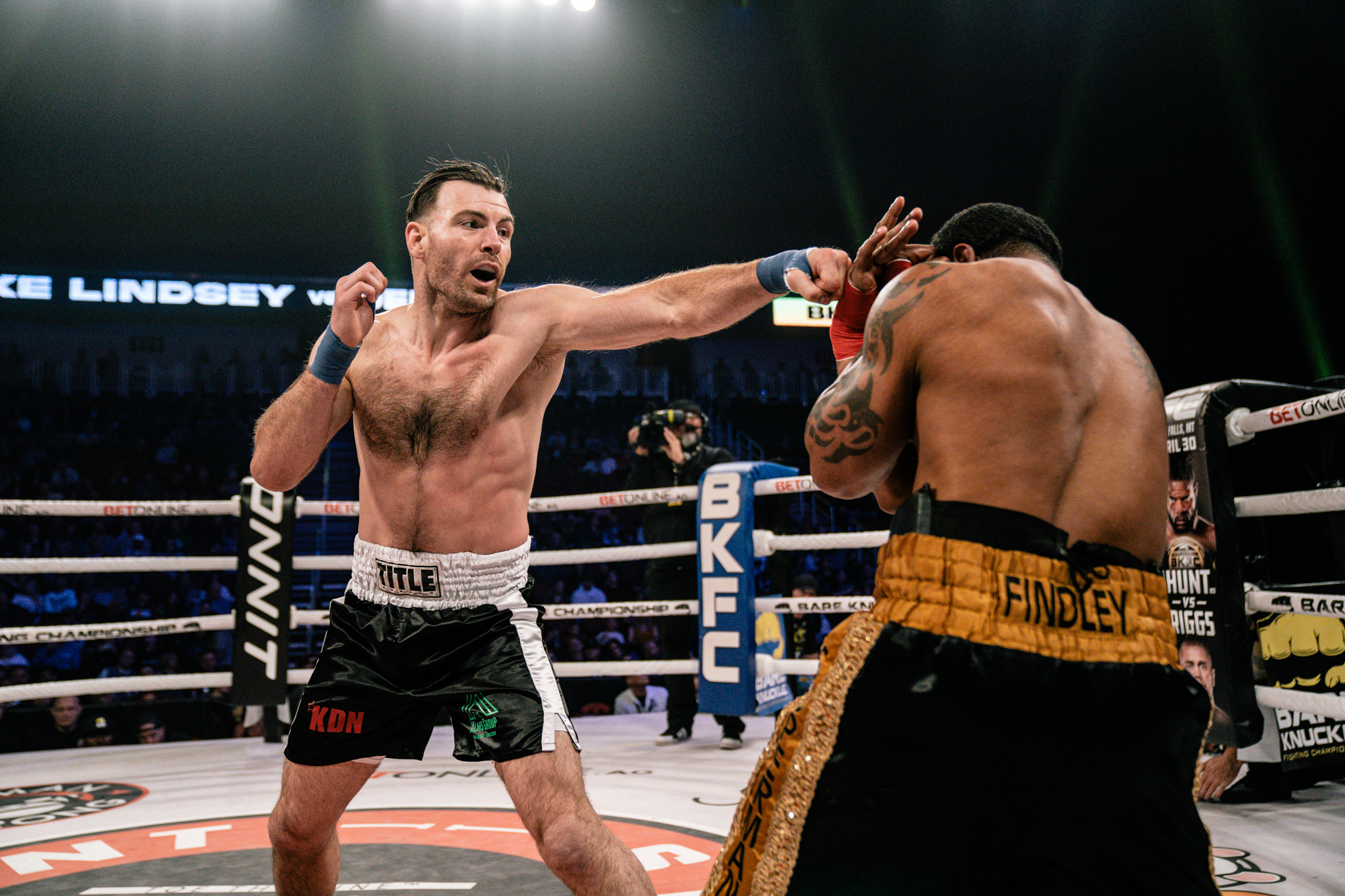 In just two trips to the Squared Circle, Lindsey is quickly establishing himself as a major prospect to watch in the welterweight division.

Following back-to-back stoppage victories in the Squared Circle, Lindsey isn’t surprised by his early success under the BKFC banner.

“You know, I’ve been boxing for so long, there’s really nothing to overthink. It’s easy for me to get in there and flow,” says Lindsey, who’s also a veteran of 26 professional mixed martial arts bouts.

“For the last 10 years of my life, I’ve been extremely busy,” he adds. “It’s tough to train boxing, wrestling, jiu-jitsu, and putting it all together. In bare knuckle, I just have to focus on my hands, which is what I really like.”

What’s next for Lindsey?

“I’m just gonna go with the flow. I want to get back in there soon. There are some guys in the top 5 in my weight class that I’d absolutely walk through. They’re all tough, but I match up really well with them,” the Manhattan, KS welterweight says.

“I don’t really care, I just don’t want to wait long to get back in there.”