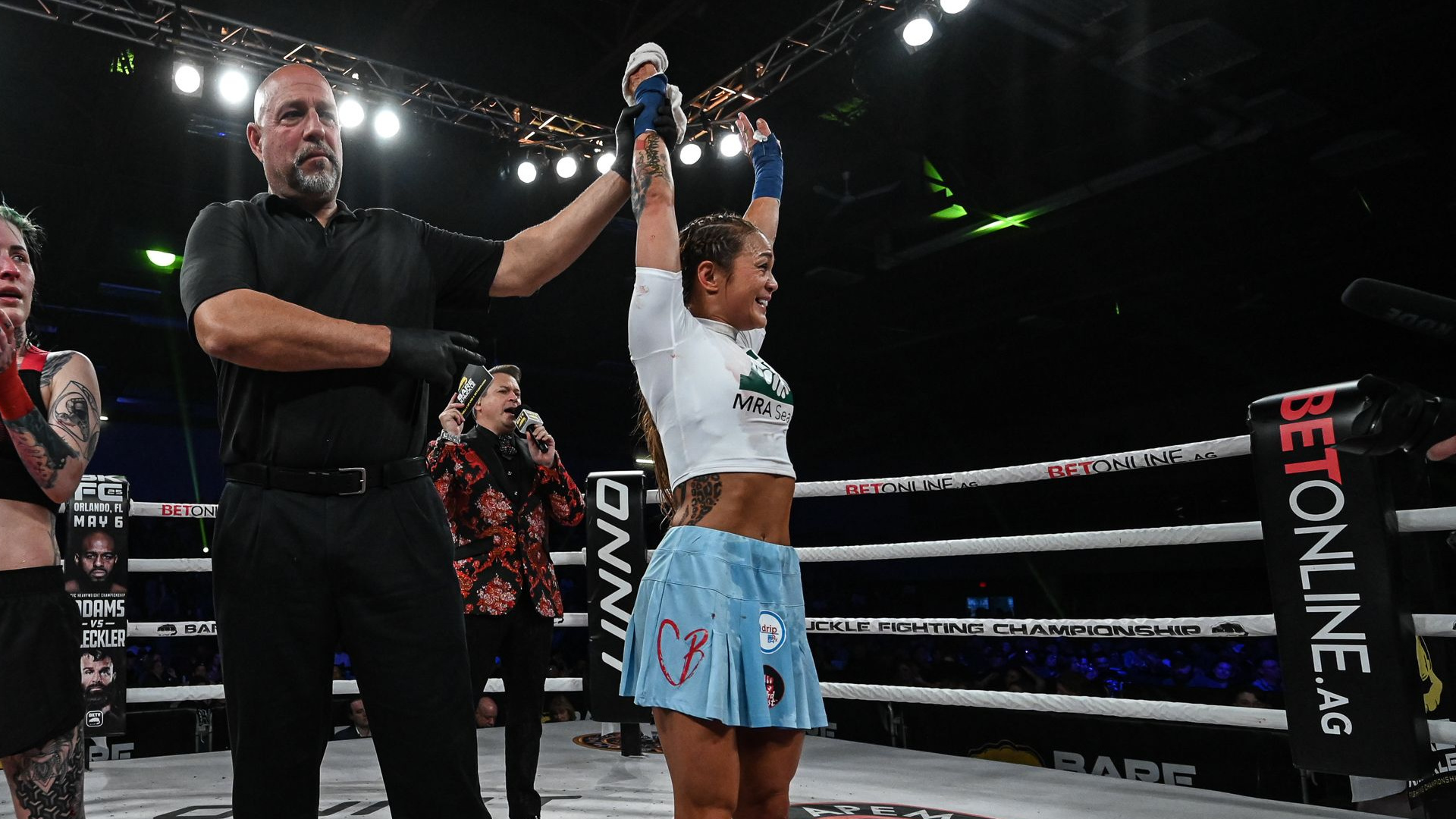 The long-time combat sports fan-favorite has spent the past decade traveling and competing around the globe. She’s fought across the United States, Canada, China, Italy, Japan and Trinidad and Tobago. Although she began her amateur fighting career in Myrtle Beach, SC, none of her dozens of professional bouts have taken place in the city – until now.

“It’s really cool to come back to my hometown and put on a show for some of my Day 1 fans – I’m super excited for this opportunity,” says Nguyen, who currently lives just a couple hours away from Myrtle Beach in Jacksonville, N.C.

Nguyen, a Bellator MMA vet, looks to climb to 2-0 in the Squared Circle after her unanimous decision victory over Cassie Robb at BKFC 24 in April. She’s currently the No. 2-ranked BKFC strawweight contender.

A victory in January would help put her in line for a shot at BKFC Women’s World Strawweight Champion Britain Hart Beltran later in the year.