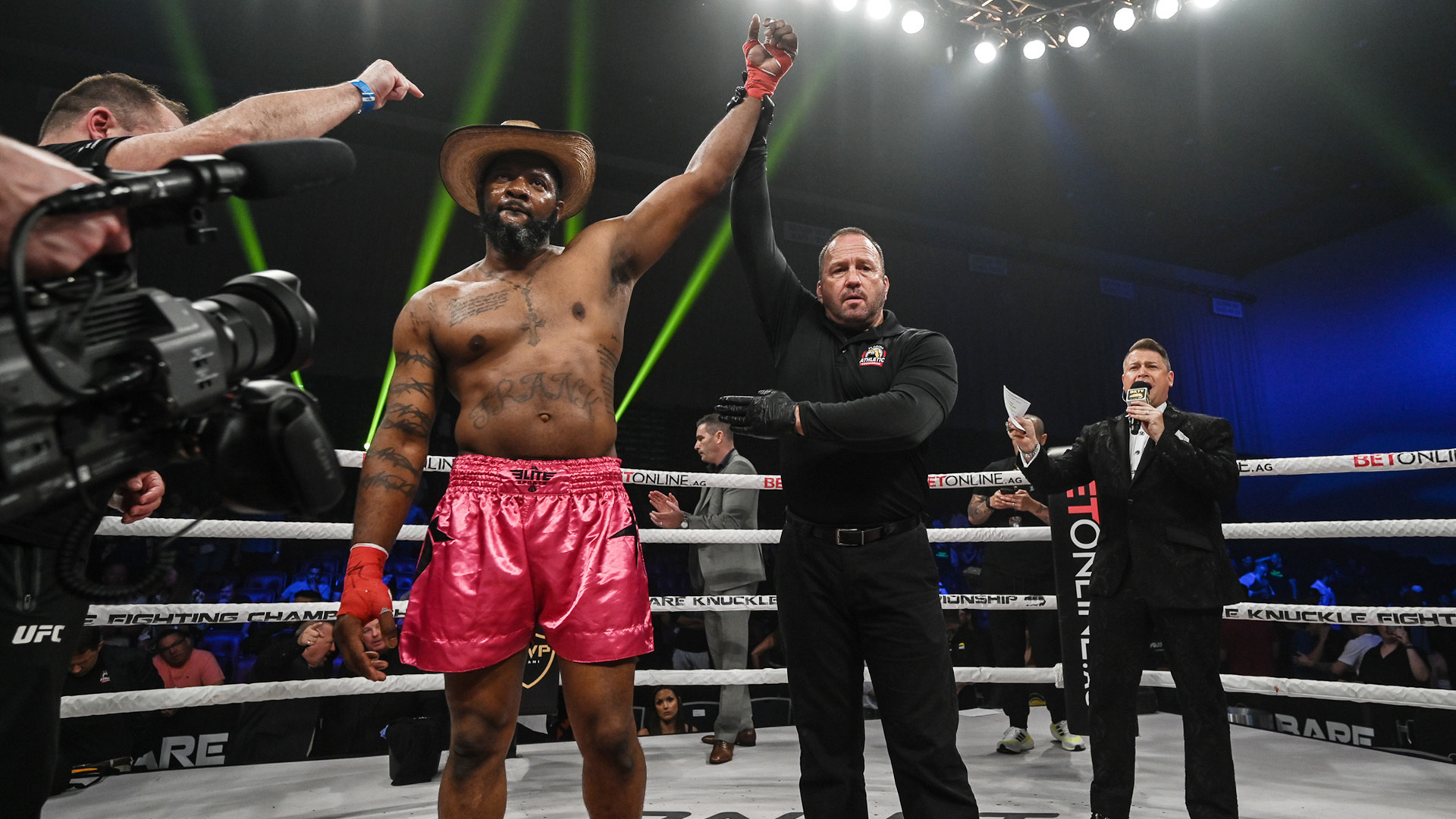 "The funny thing is, I don't even like knockouts,” the Alabama big man says after the fact. “But once you hit that button, they’re goin’ down.”

With the win – Tate’s second straight KO – the 45-year-old heavyweight improved to 2-1-1 in the BKFC Squared Circle.

Tate, of course, will be watching intently when current BKFC Heavyweight Champion Arnold Adams (6-1) defends his belt against Dillon Cleckler (2-0) in the Main Event of BKFC 25 in Orlando on May 6, LIVE on BKTV.

“I hope Adams wins. I like Adams,” Tate says. “But if Dillon wins, I've got bad blood with him. His (expletive) is going down too.”