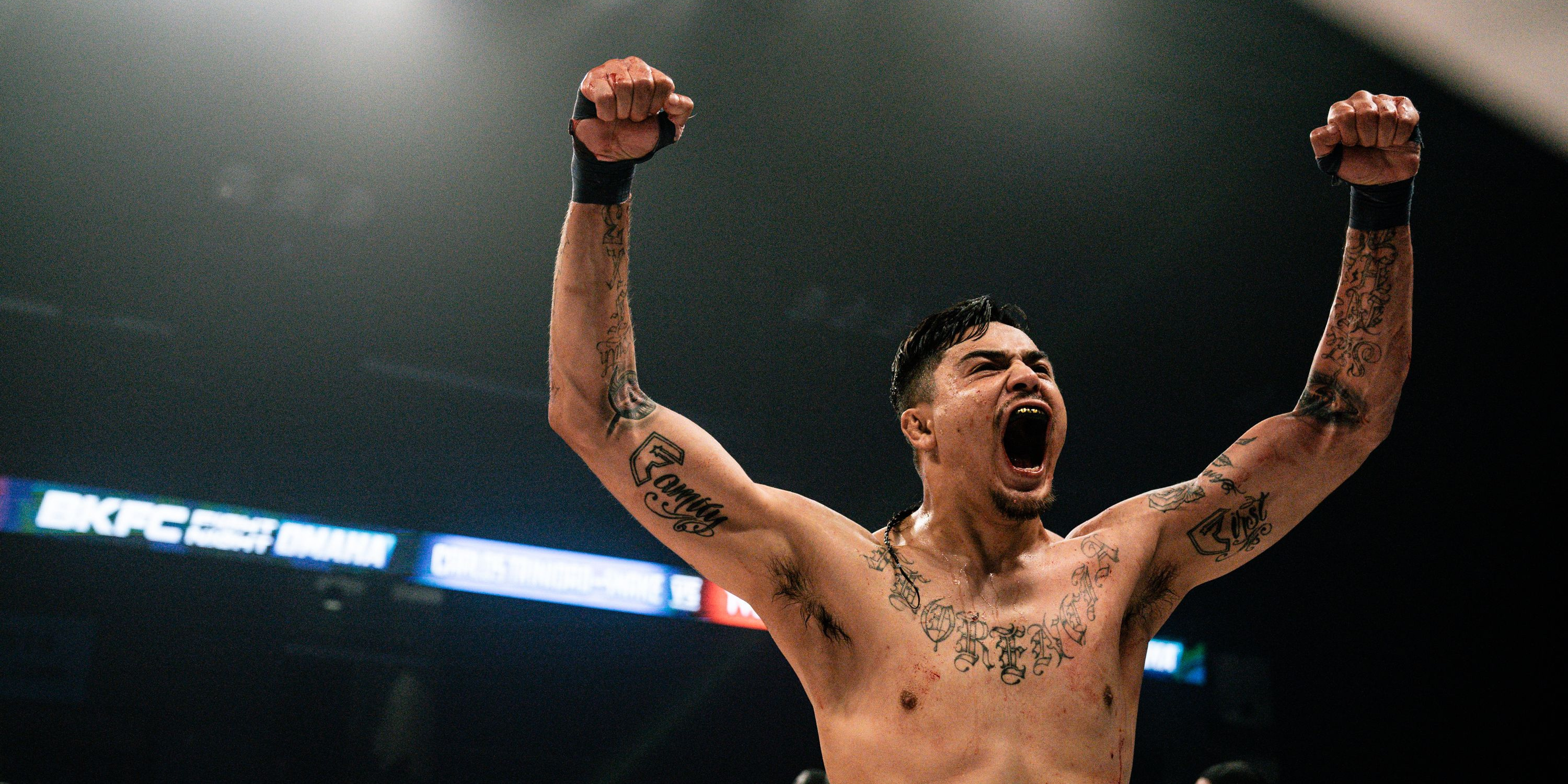 Carlos Trinidad can transition from prospect to contender at BKFC 33

Carlos Trinidad is ready to climb the ladder from prospect to contender.

The unbeaten Nebraska fighter has the opportunity to upgrade his career this month in a major way. He’ll try to rack up his third straight KO victory and improve to 3-0 in the BKFC Squared Circle against Rynell Riley (1-1) at BKFC 33 on Nov. 18 in Omaha, NE, LIVE on the BKFC app.

“I feel good about it. I feel like there’s more hype behind this fight, more eyes are on me, and it definitely feels good,” the fast-rising welterweight says.

"I'm not (surprised by my success in BKFC)," he adds. "This is something that I wanted to compete in, and the plan was to do well and win."

Never short on confidence, Trinidad predicts his knockout streak will remain intact against Riley in the biggest fight of his career.

“I’m better in all aspects. I’m faster, I’m more technical,” he says. “I’m definitely getting my hand raised, and I see another finish coming.”

The reason behind Trinidad’s early success – and confidence – in bare knuckle fighting is simple.

“I’m a dog, man. I like being in a fight. I come to fight – that’s the only reason I’m here,” he says. “I wear my opponents down, hit them with some hard shots and take them through the ringer, you know?”