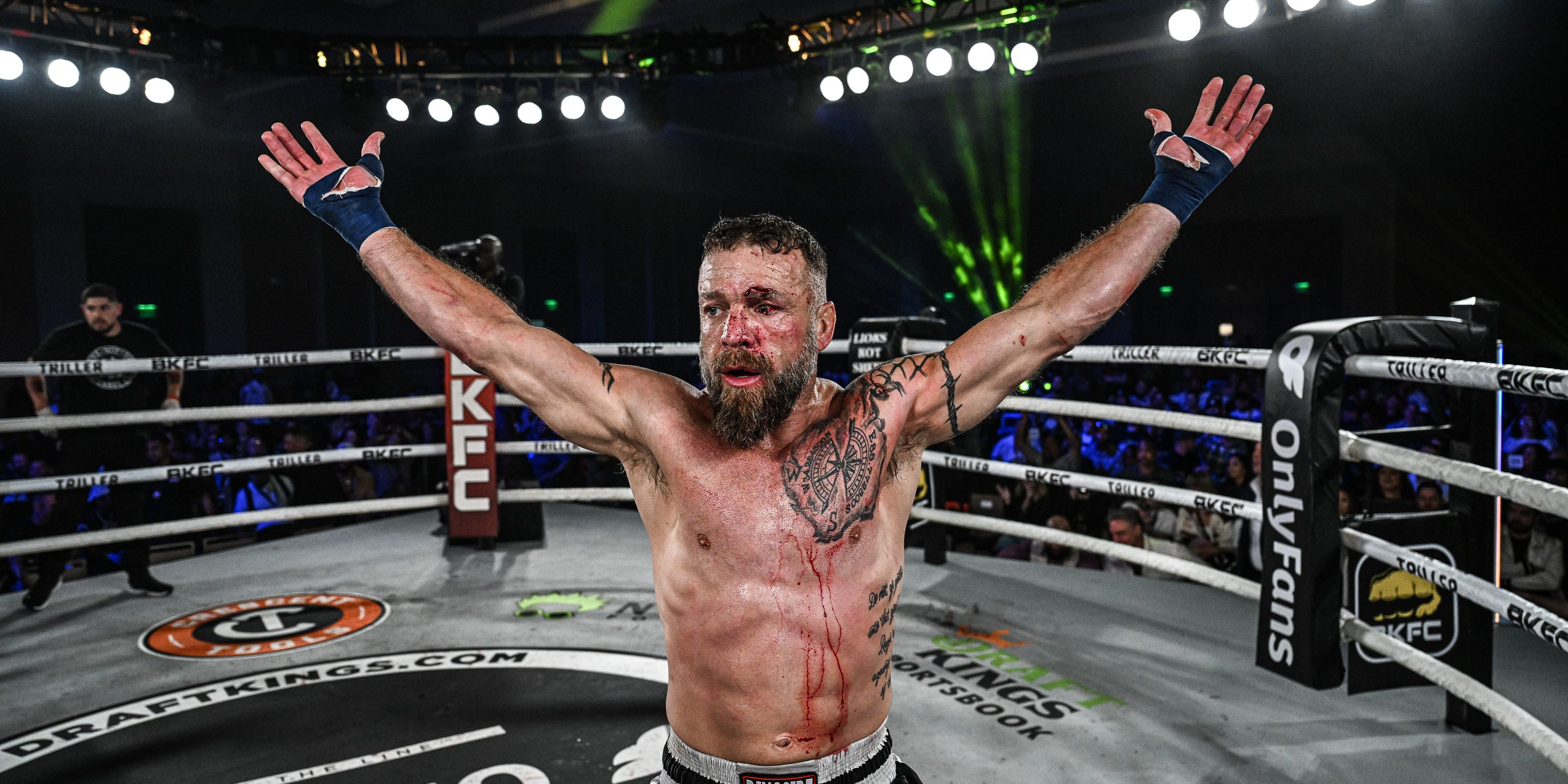 At BKFC 32 on Saturday, he improved to 5-1 with a second-round KO over the previously unbeaten Gabriel Freyre in their lightweight matchup in Orlando, LIVE on the BKFC app.

All but one of Taylor’s five victories have come by stoppage.

Taylor is happy to stay in the win column, but he knows there’s room for improvement.

“I’m critical of myself, so it’s easy for me to see the mistakes that were made. My hands were a little low. I think I rushed it a little bit,” he says. “There are still some holes that need to be fixed, but overall it worked out pretty well.”

“ODB” is as spry as they come, but the Pocahontas, TN product will celebrate his 45th birthday in April. He knows the time is now to hit the fifth gear and make his run to the top of the stacked BKFC lightweight division.

“Anything in the direction of the title,” Taylor says when asked if he has a next fight in mind. “I don’t know what they’re thinking, but that’s the direction I’m heading. I’m on a mission; I don’t just do this for fun anymore.”