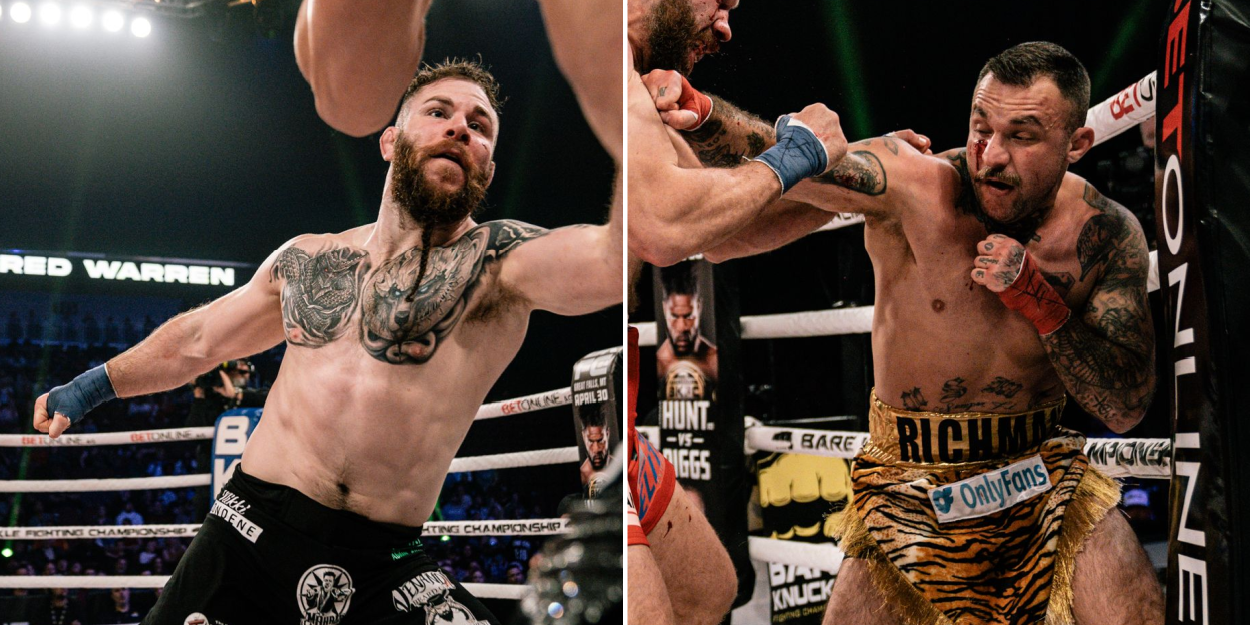 Saturday’s Main Event for BKFC 31 – featuring undefeated light-heavyweight contenders Isaac “The Honey Badger” Doolittle (3-0) and Mike “The Marine” Richman (3-0) – has everybody talking. Check out the fight night predictions from some of BKFC’s biggest stars as we count down the seconds to this exciting battle in Denver, LIVE on the BKFC app.

John “The Magician” Dodson: Doolittle is gonna have a tough fight but I still see him coming out with a victory.

Will “Tha Thrill” Shutt: Richman is a monster! Mike Richman has been making scary guys look average. I don’t see Doolittle being able to do enough to get the win. Isaac Doolittle is super tough, but I see Richman getting the finish early.

"Captain" Jack Claffey: Richman's variation in shot selection, as well as his use of feints, will probably create the necessary openings for an early win. "The Marine," by KO, before the end of the third round.

Howard “HD” Davis: My prediction for the Main Event at BKFC 31 is another knockout or stoppage for Richman. In every way he's the better fighter! Let's see, though; anything can happen in bare knuckle.

Tony “Loco” Soto: Mike Richman is going to go into that fight and be very technical in picking his shots. He’s extremely accurate and he’s got dynamite in his hands. That takes nothing away from Doolittle, who’s obviously tough as nails. He’s definitely a dog and he can close the gap. But I think Richman outclasses him in this fight. That’s nothing against Doolittle, but there are levels to this, and Richman is on a different level. I see it ending in the second round via stoppage.

Britain Hart Beltran: I usually have a lot to say and I love underdogs, but Mike Richman will extinguish Doolittle and, if I'm being honest, I'm more excited for the fight to come after that!

Steve “Tomahawk” Townsel: Mike Richman is a technical powerhouse at 185 and will win using angles against an extremely tough Doolittle, who has a puncher’s chance. It’s gonna be a banger, but “The Marine” takes this one.