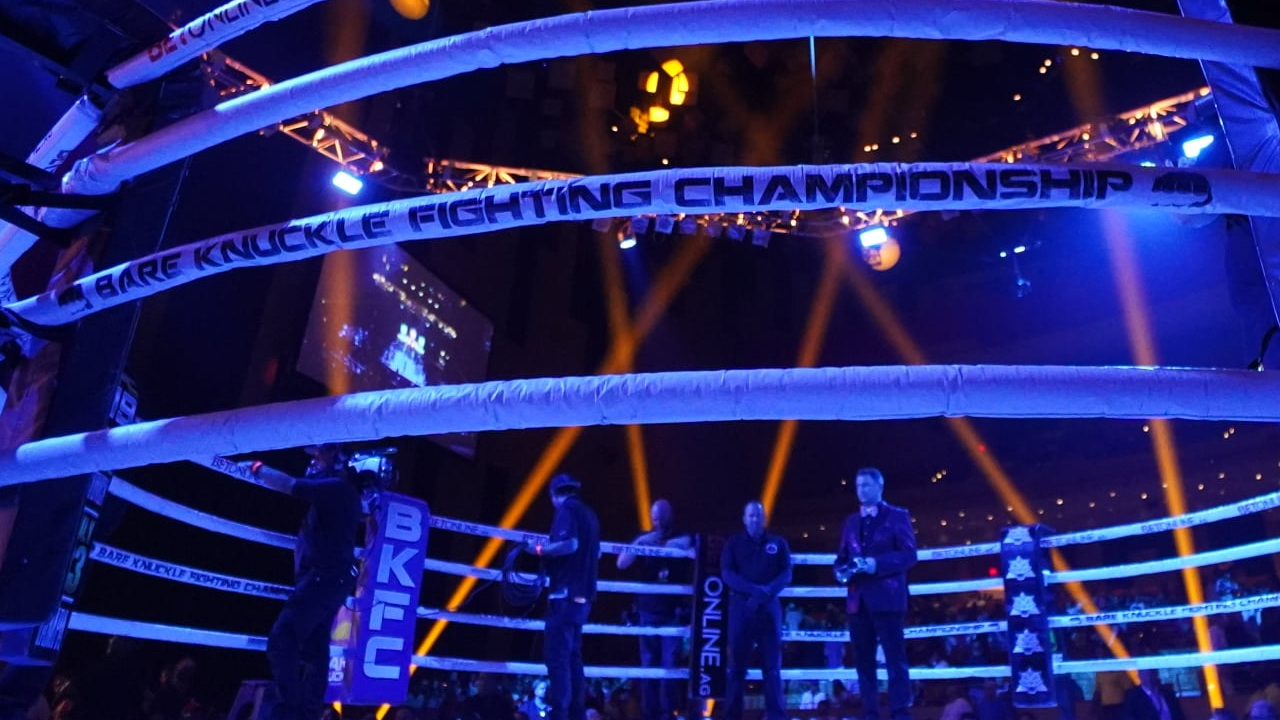 As the world of combat sports becomes more interconnected and truly global, reaching fans is becoming easier. It hasn’t always been that way, of course. As we close in on bare knuckle extravaganza Knucklemania 2, with Florida once again the staging ground, the pugilistic history of the Sunshine State offers a helpful demonstration of how far things have come. 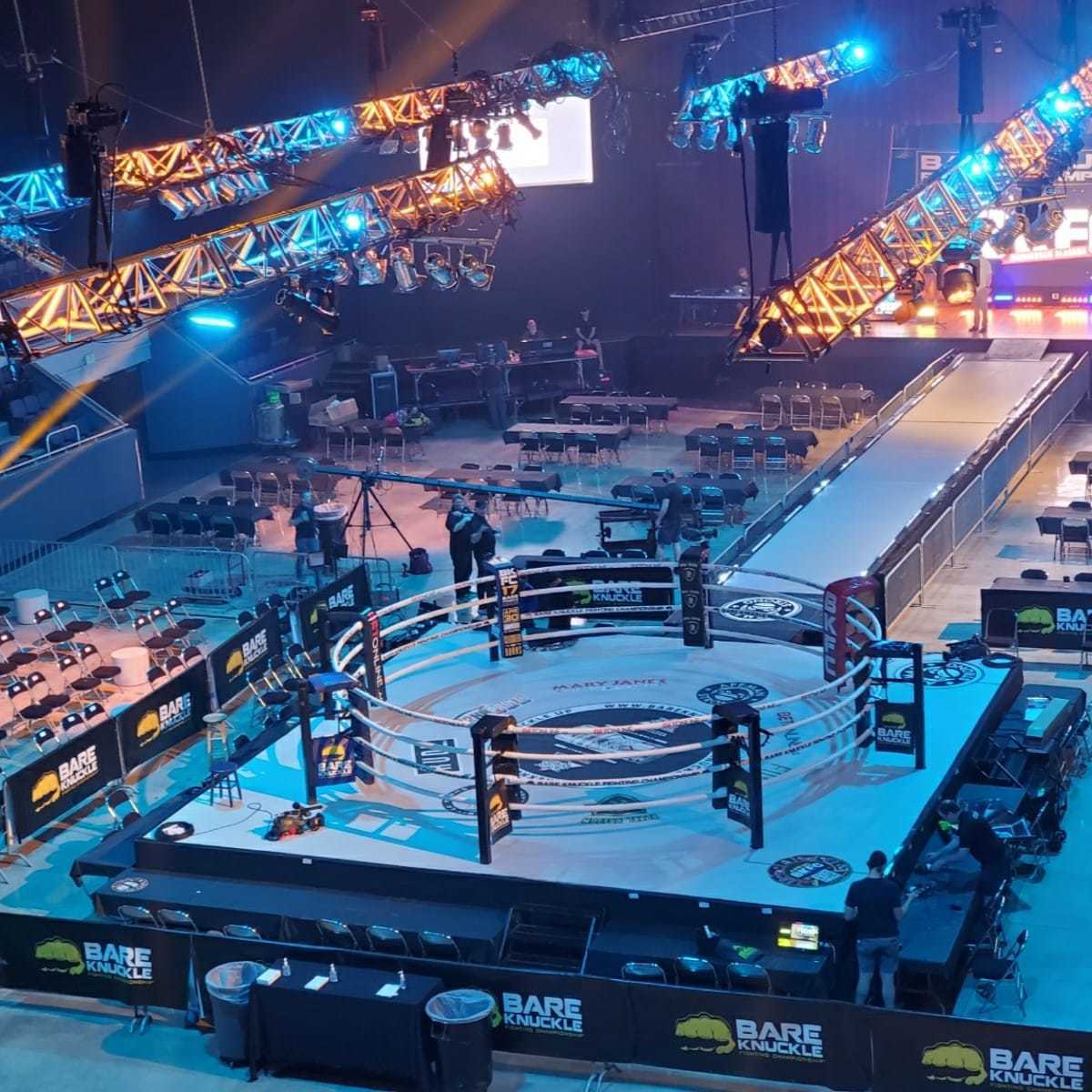 Long gone are the days of summoning the cavalry to prevent fights from even happening. No BKFC champions are shoving their way through dense crowds, running through mud and rain to defend their titles. Back when heavyweight champion “Gentleman Jim” Corbett made his only title defense, in Jacksonville, 1894, not even he could avoid such hardships.

In more recent years, Florida combat stories involve the famed 5th St. Gym, or the various mixed martial arts clubs that have opened around Miami. BKFC has even been in on the action. But back in 1894, two different state governors joined forces in an attempt to curtail prizefighting in the South. If a heavyweight championship fight wasn’t safe, no prizefighting was.

Georgia’s governor William Northen sent militia troops to the border of Florida, ensuring neither Corbett nor his challenger, Charlie Mitchell, would try to fight in the neighboring state. Florida governor Henry Mitchell sent his own troops, consulted with local law enforcement and even sent personal assistants to stop the fight from happening.

What certainly was the same 130 years ago was a crowd’s desire for fistic action. When a court injunction granted the Jacksonville club’s promoters the right to stage the fight, most of the troops were dismissed and some “left for their homes at once,” said a news wire. Others, however, “remained… intending to see the fight.” 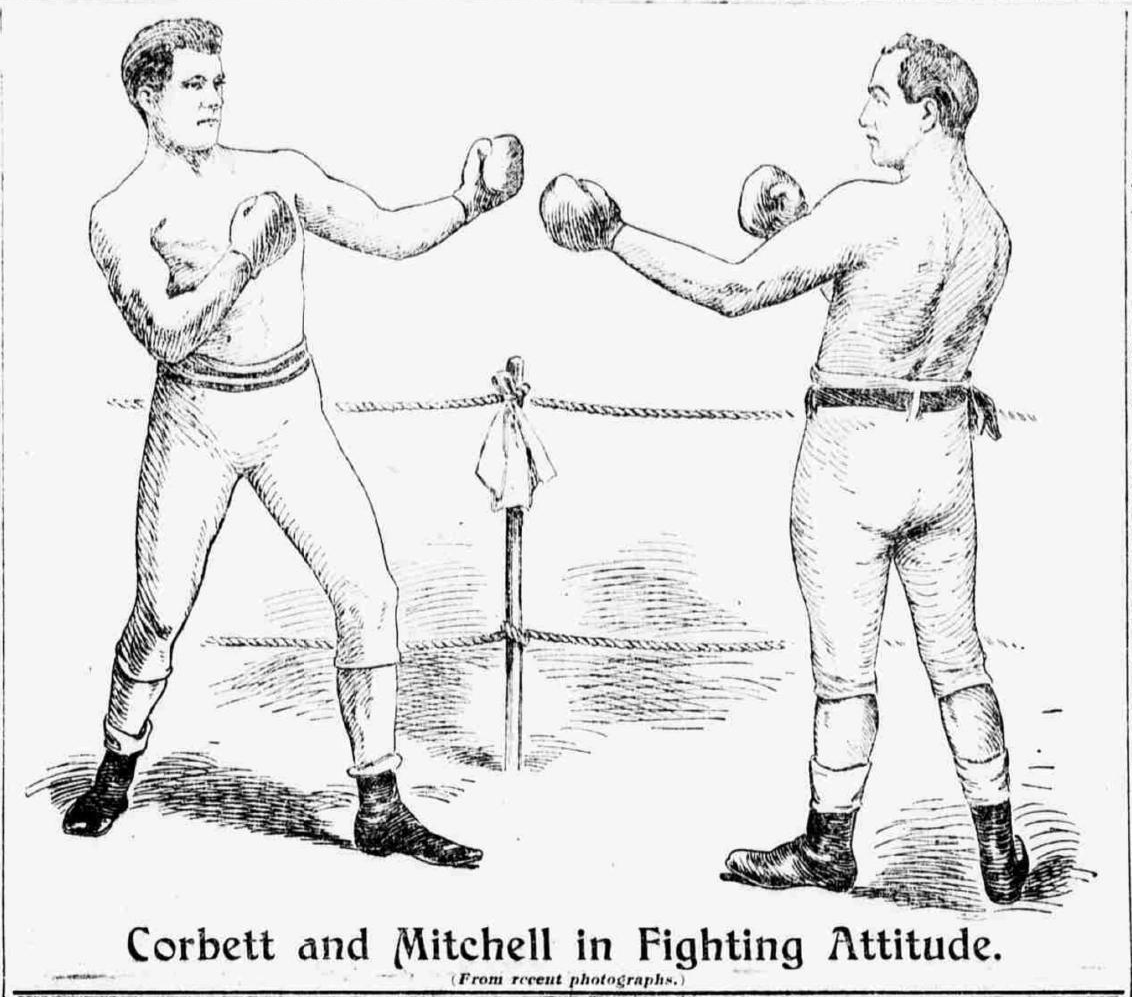 A carriage brought both men to the Duval Athletic Club, both scurrying through the rain and breaking through a patch of mud, and the crowd of 2,000, to get to the ring. And the ring was naught but a hastily-fixed wooden platform with ropes run through posts erected along the edges. Evidently Florida was a bit less used to these spectacles than New Orleans and New York.

Corbett nevertheless delivered the goods, knocking Mitchell down twice in the 2nd round and sending him to dreamland with a single right hand in round 3. Then both men were arrested and jailed by famed sheriff Napoleon Broward before quickly bonding out. They paid their fines and took a brief reputational hit, but the city of Jacksonville, and perhaps the entire state of Florida, had been woken up by a heavyweight championship fight and the excitement pugilism brings. 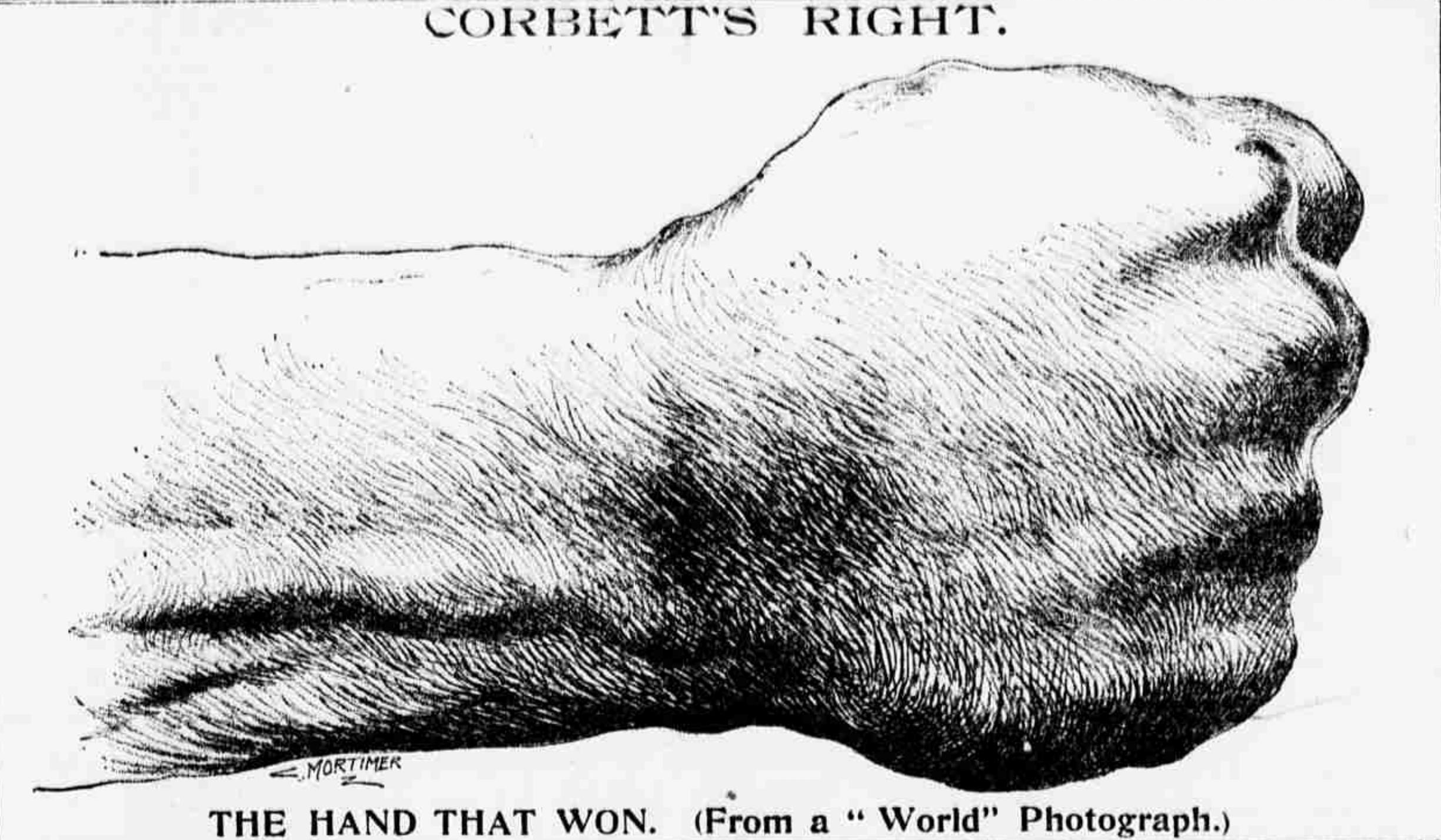 Even so, it would be another 40 years before Florida experienced another championship fight. In 40 years, such events had gone from masses squished under the overhang of a rickety wooden building to operating under the auspices of Madison Square Garden brass, at Madison Square Garden Stadium in Miami. Fight crowds traded slogging through muddy grass for a warm Miami breeze under the stars, lighted passenger blimps dotting the skyward view.

In 1934, light heavyweight champion “Slapsie” Maxie Rosenbloom took on “Cairo Calamity” Joe Knight and fought to a draw in a fight where the nicknames were better than the action. Few spectators of the 20,000 were impressed, and local writers railed against Rosenbloom’s use of slapping and a backhand jab. In fact, Rosenbloom-Knight wound up the penultimate fight at Madison Square Garden Stadium, and its New York namesake soon disassociated from Miami entirely.

It would be years before television helped resurrect championship-level fighting in the area. Blimps and fanfare couldn’t entice crowds any more than the weather could, though the 5th St. Gym gave Miami a local proving ground in the early 1950s that continues today.

Countless great fighters have passed through the doors of the 5th St. Gym, opened and initially run by Chris and Angelo Dundee. The initial meeting between future heavyweight champion Muhammad Ali and The Beatles that took place at the 5th St. Gym in 1964 is enough to anoint it hallowed ground. 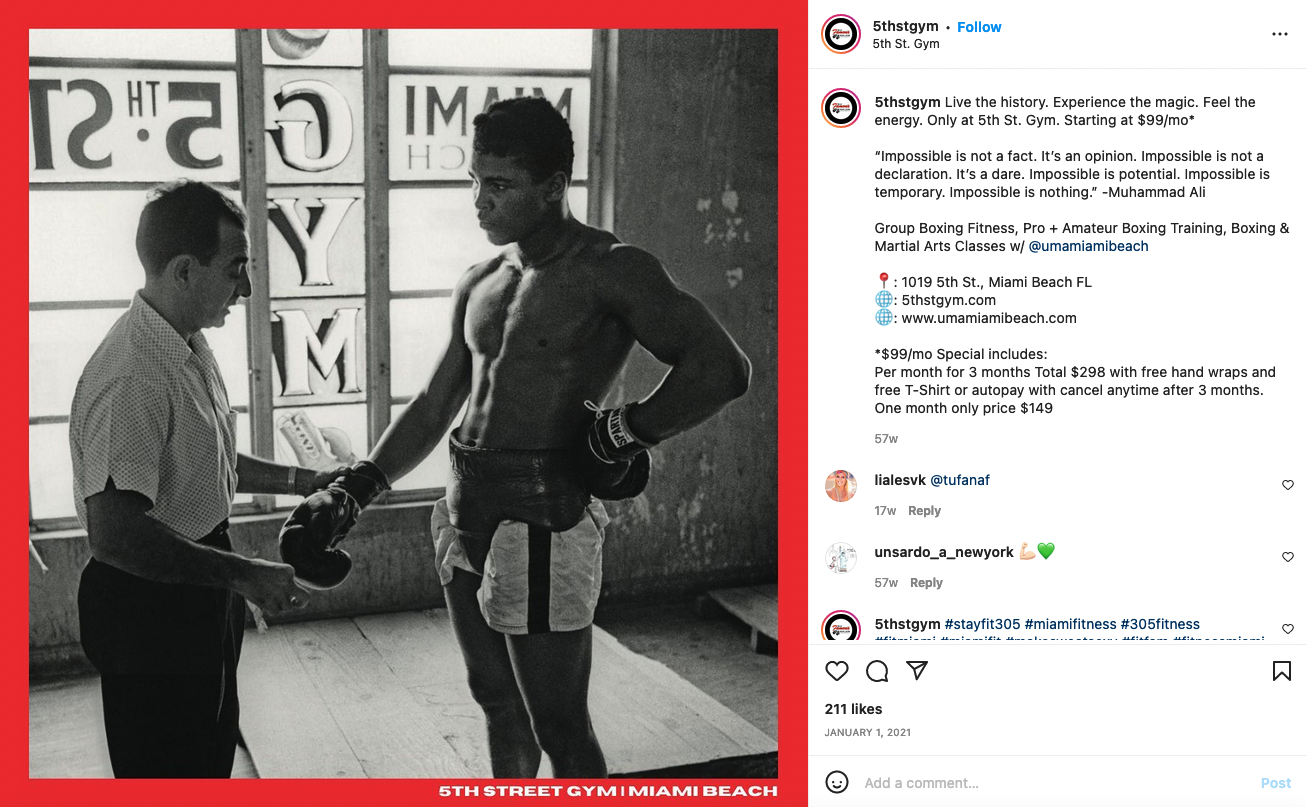 The crowds aren’t the same and the venues have been upgraded. The gloves have been removed too, as new history is made in combat sports. The old history won’t be erased, but added to.

Thankfully BKFC moves far more quickly than the Florida fight honchos of yore. Instead of decades between title fights, three months is plenty. At Knucklemania 2, BKFC stages a lightweight clash between champion Luis Palomino and Martin Brown, its first since the inaugural light heavyweight bout between new champion Lorenzo Hunt and Hector Lombard at BKFC 22.

It’s a story that took decades: Florida, like many states, humbly enters the combat racket and becomes influential, only to help break ground once more with the most recent iteration of bare knuckle. Despite any difficulty in getting BKFC off the ground, beyond the pushback, perseverance has allowed for significant developments in bare knuckle recently, and Florida’s role isn’t going unnoticed.