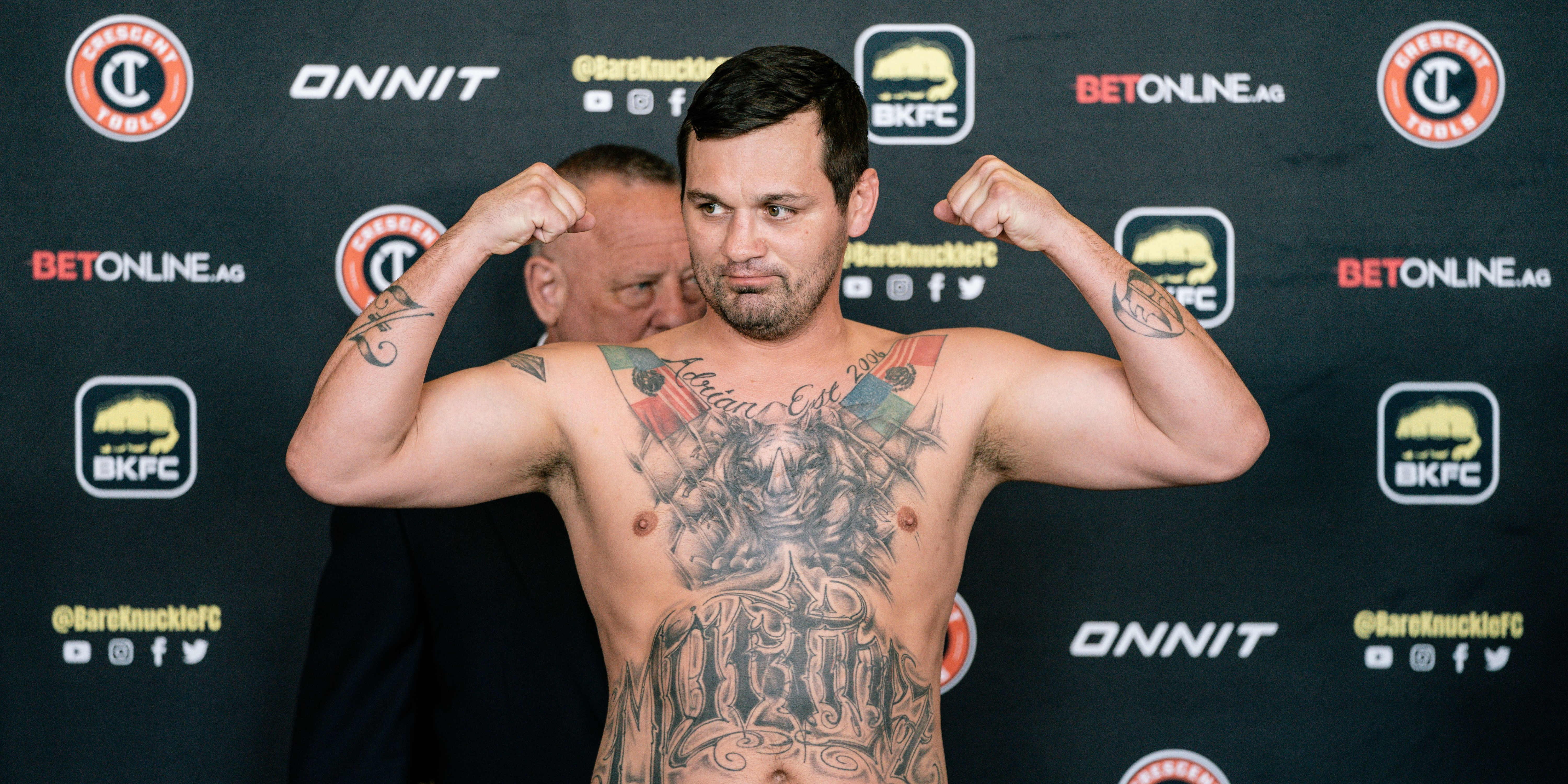 Alonzo Martinez knows a thing or two about fighting.

Prior to coming to BKFC, Martinez was a professional MMA fighter for nearly 20 years, with bouts in Bellator and Strikeforce. His MMA record of 47-23-1 includes an eye-popping 26 victories by submission and nine KOs.

Whether it’s in the Squared Circle or the cage, Martinez has an affinity for combat.

But after just one trip to the BKFC Squared Circle – a 34-second KO victory in May – “Zo Diddy” says there’s hardly a comparison to be made between MMA and his new love, bare knuckle fighting.

“It’s kill or be killed when you’re in that ring. It felt like a flatout fight,” Martinez says with a laugh when asked about his BKFC debut. “I know MMA feels like a fight too, but this definitely felt like more of a fight.

“It was a little crazy, and I liked it.”

Martinez has won four of his last five MMA bouts, but he sees his fighting future with BKFC.

“I think I’m done doing MMA. Bare knuckle is where it’s at. This is where I’m going to stay.”

Now that Martinez has his debut under his belt, he’s aiming for a repeat performance in his return to action at BKFC 33 on Nov. 18 in Omaha, NE, LIVE on the BKFC app.

“I just want to get in and get out,” he says. “I want to stay busy, move up the rankings and eventually get the opportunity to fight in the Main Event and really make my mark on this sport.”