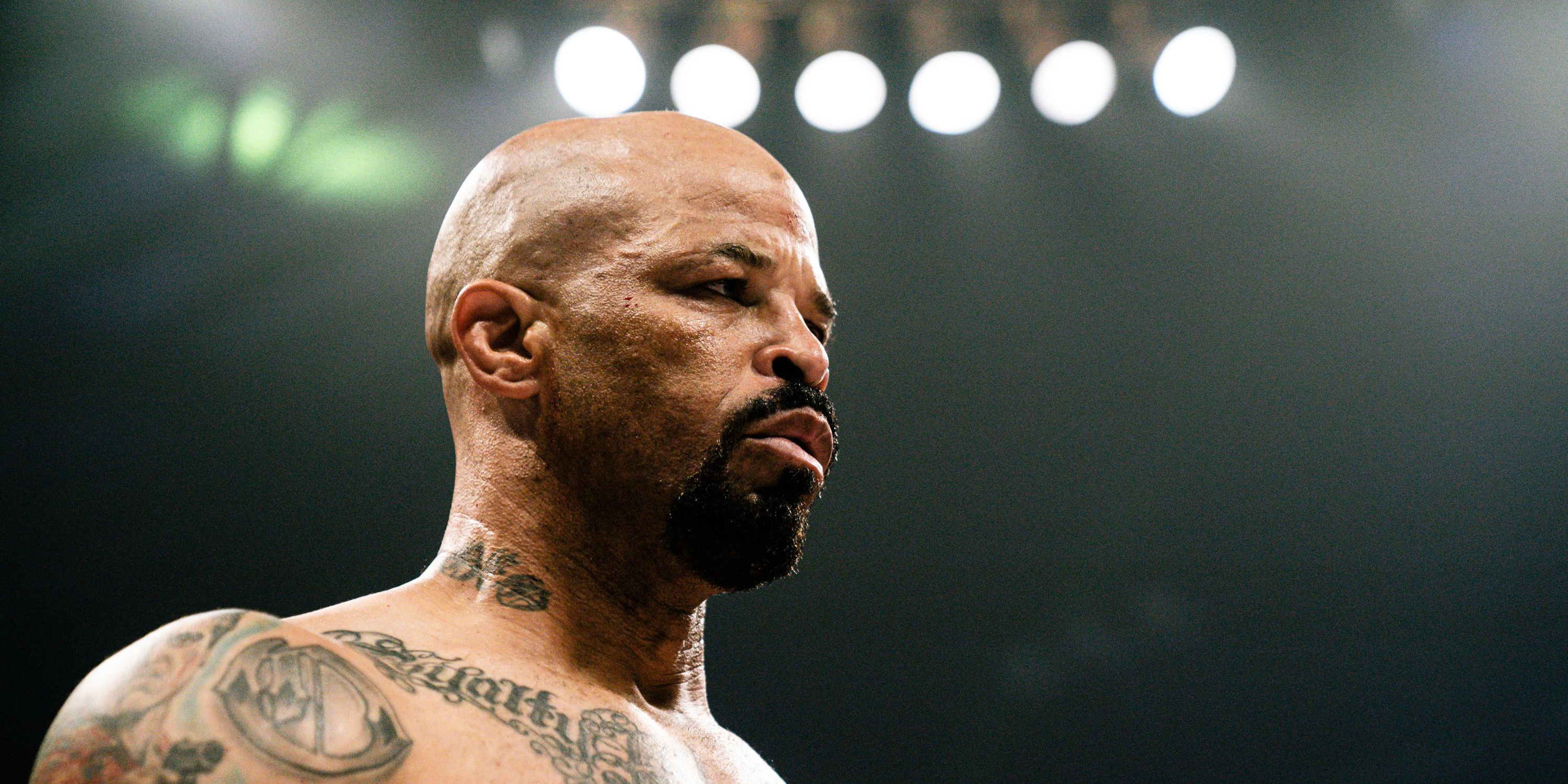 Some people might be surprised to see 50-year-old Houston Alexander on an undefeated tear in the BKFC Squared Circle.

Alexander is not one of those people.

Alexander has also had his share of gloved fights, including six bouts with the UFC and five for Bellator.

“It’s cliche to say that I’m competitive, but that’s the truth,” Alexander says. “There’s something in me that likes conflict. I like physical conflict, and I’ve always liked that, when it comes to fighting, wrestling, football. I’m a very physical person.”

Alexander’s next bout of physical conflict is set for Nov. 18 in his hometown of Omaha, NE. He’ll try to improve to 3-0 with a third straight, first-round KO over former BKFC World Heavyweight Champion Joey “The Mexicutioner” Beltran in the Main Event of BKFC 33, LIVE on the BKFC app.

This is a rematch more than 10 years in the making. Alexander and Beltran fought for a regional MMA promotion in early 2010. It was Alexander’s first fight since parting ways with the UFC. Beltran won via TKO and then signed with the UFC for his next fight.

This time, “The Assassin” says, will be different.

“Joey is tough – Joey has always been tough. We’ve got two guys with a lot of experience in the ring, and the better man that day will win. I think it’s going to be me.”

At age 50, Alexander is defying the odds as he continues to impress in the BKFC Squared Circle.

What are the odds he's competing at age 60?

"With today's technology and how I've taken care of my body over the years, I wouldn't be surprised," he says. "I'm very competitive. If somebody tells me I can't do something, I'm going to do it. If I enjoy something and I'm able to do it, at whatever age, I'm going to do it. I don't care what anybody thinks."