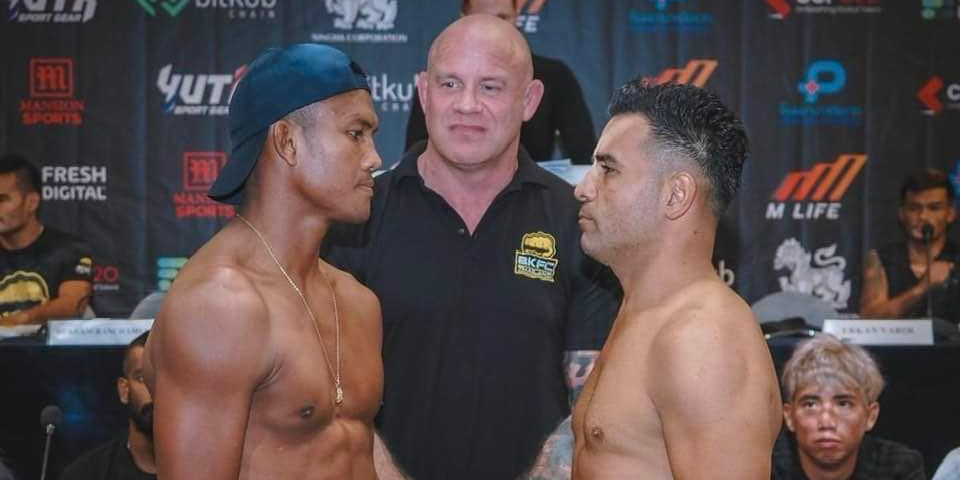 Bare Knuckle Fighting Championship touches down in Thailand for the third time this weekend, with BKFC Thailand 3, LIVE from Bangkok on the BKFC app on Saturday at 7 am ET / 4 am PT. Whether you're getting up early or catching the action later on demand, here are the Top 3 storylines heading into Saturday's action.

An Icon Drops the Gloves in the Main Event

In the historic and highly competitive world of Muay Thai kickboxing, there’s no legend more respected than Thailand’s own Buakaw. His unparalleled resume includes six World Muay Thai Council tournament titles, two K-1 World MAX championships, and an overall combat sports record is 240-24-12, with 73 stoppage victories. For the first time in his legendary career, Buakaw drops the gloves to compete in a bare knuckle fighting contest in Saturday's Main Event against Turkish kickboxing standout Erkan Varol. Varol is every bit a worthy challenger to Buakaw, boasting a standout pro kickboxing record is 88-33, with a staggering 46 wins by KO and several European titles to his credit.

Fast-rising Featherweights Meet in the Co-Main

While all eyes will rightly be on Buakaw and Varol in the Main Event, the Co-Main Event features a pair of red-hot featherweight contenders eager to make a case for inclusion in next week's Top 5 rankings at 145 pounds. Pongpisan Chunyong looks to improve to 3-0 in the BKFC Squared Circle against challenger Surasak Sukkhamcha, who’s riding high after his successful BKFC debut at the first bare knuckle fighting event in Thailand.