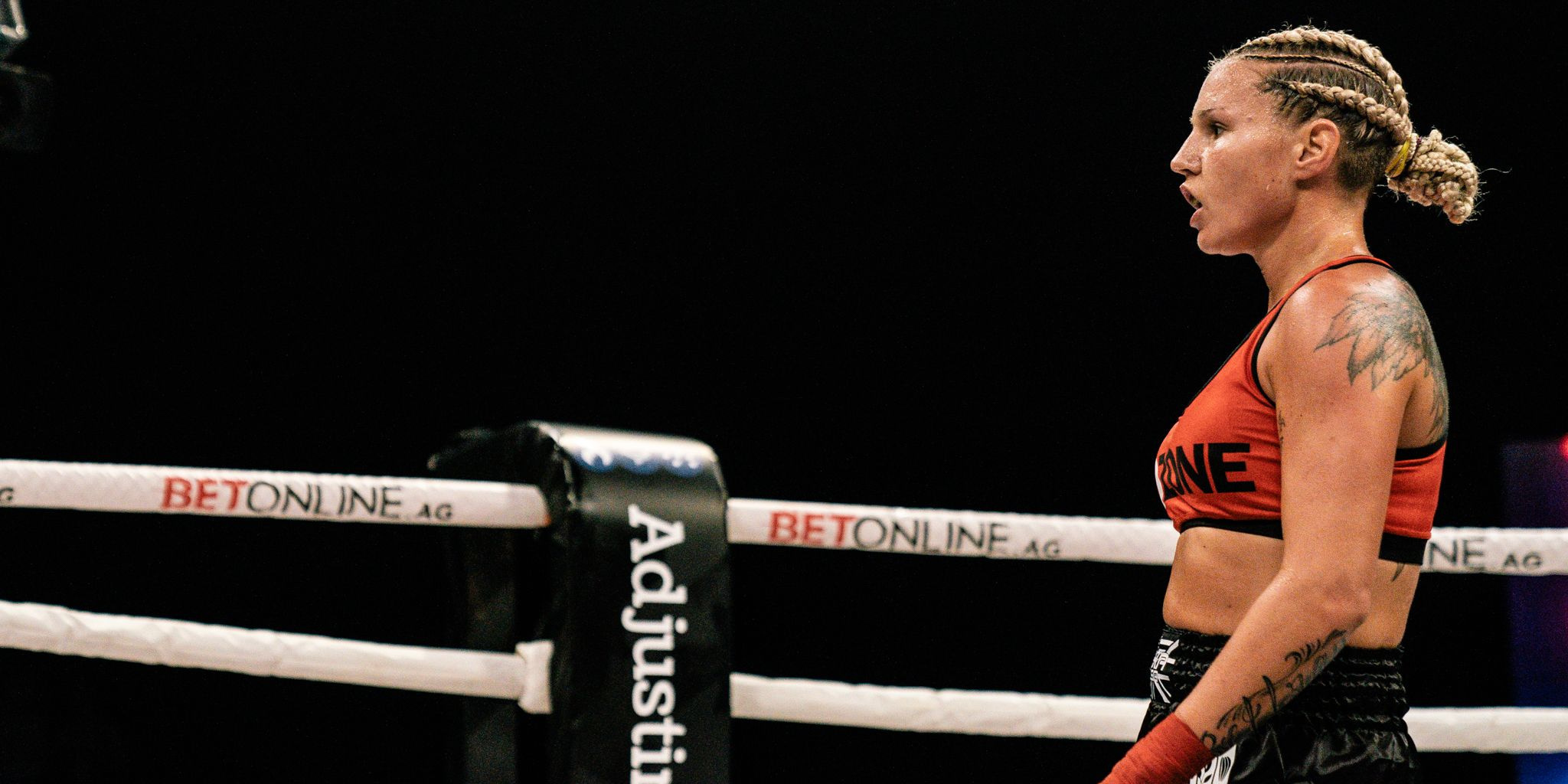 The stakes have never been higher for Britain Hart Beltran.

Not only is the BKFC World Women’s Strawweight Championship on the line in her Main Event battle with Fani Peloumpi at BKFC 29, Hart says her whole future in bare knuckle fighting hinges on her next fight.

“I’ve fought everybody in the 125 division – the Taylor Starling fight no longer makes any sense – but with this 115 weight class opening up, this is a new chapter in my career and life. This is my fourth time fighting for BKFC gold, so this means everything for my future,” Hart Beltran said heading into battle on Sept. 10 in Great Falls, MT, LIVE on the BKFC app.

“I’m a big believer in walking the talk. I’ve said before that if there’s a 115 division, I own it and I shut it down. If I don’t back up what I said, I just don’t know how or where I belong there.”

The stakes are high, but Hart Beltran is rising to the occasion, recently joining forces with new training partners Maureen Shea and Kallia “Pink Tyson” Kourouni, both former WBC champions.

“Training camp has been going so great that it’s almost to the point where it’s magical,” Hart Beltran said. “I’m getting elite, high-level sparring, and me and my training partners are pushing each other very hard every day.

“It’s very exciting, and it’s non-stop with the prize in mind.”

That prize, of course, is the BKFC Strawweight Championship belt.

“I don’t think I’ll be able to reach as many people and motivate them as much as I want if I don’t have that belt, so it’s extremely important to me.”