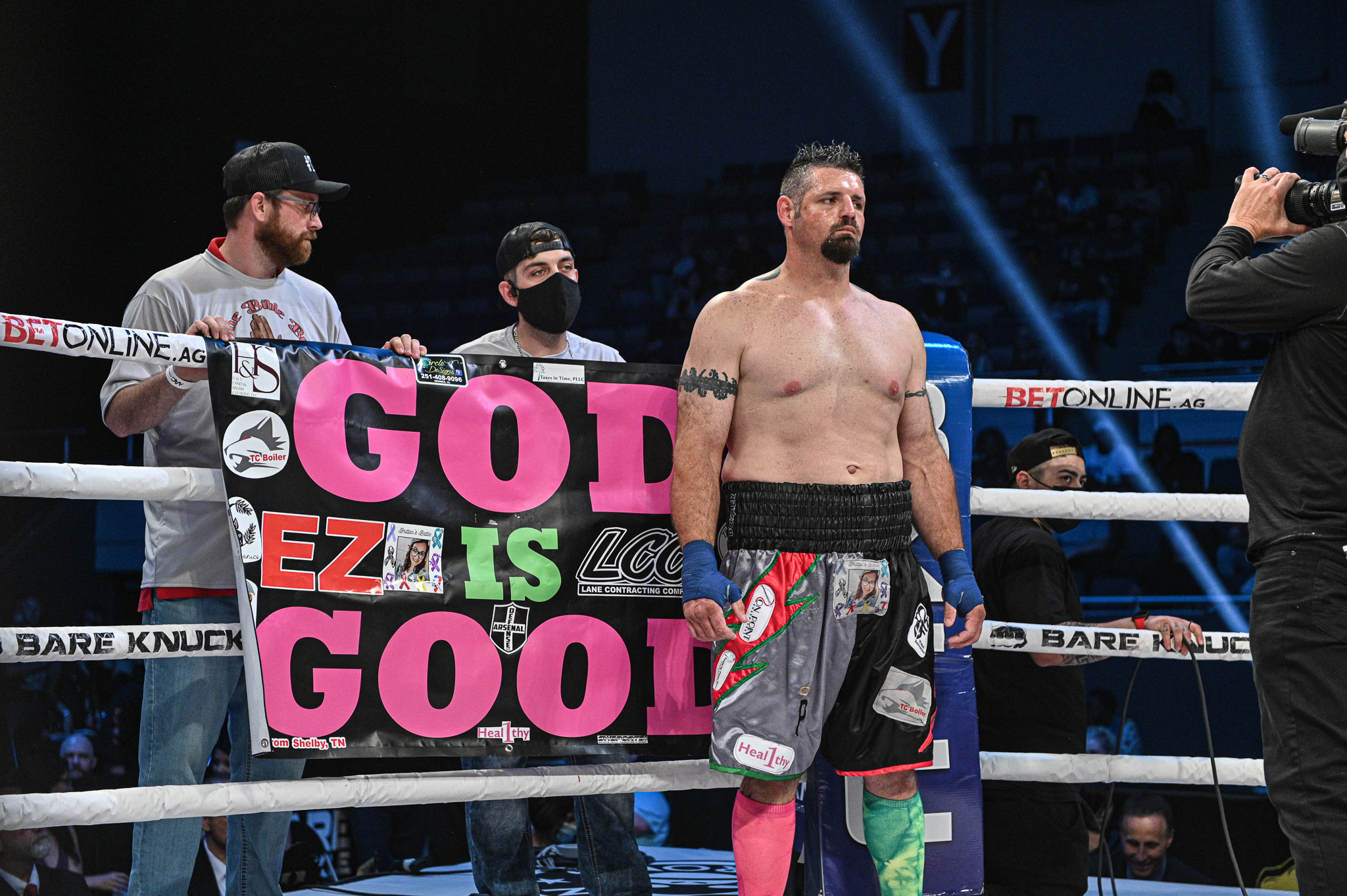 Editor's Note: Within hours of interviewing Bobo O'Bannon, his wife was rushed to a nearby medical facility for emergency treatment. Please keep the O'Bannon's in your thoughts and prayers.

If you would, please briefly close your eyes and imagine what a bare knuckle fighter might look like. Try to picture in your head what someone who fights without gloves might sound like, what interests they may have, and what their purpose for fighting may be.

The 36-year-old 'Bible Belt Brawler', is not your typical bare knuckle fighter, but one could say that about most every fighter on the promotion's roster. Every competitor is unique in their own way, but what sets O'Bannon apart from the lot is his purpose.

Not just his purpose for fighting, but O'Bannon's life purpose. It's just different.

How many fighters can say that they were terminated from their place of employment due to their affiliation and participation with the world of fighting and combat sports?

That is exactly what happened to Bobo O'Bannon. A veteran of of five bouts with Bare Knuckle FC, O'Bannon was released from his day-to-day way of earning a living, yet chose to continue his pursuit of chasing a championship in the sport of bare knuckle because God told him it is what he needed to do.

Now working long, tedious hours as a millwright, and serving as the main care provider for his wife who has serious health issues, O'Bannon has embraced the day-to-day challenges that life has thrown at him.

“Without a doubt, my wife is my biggest supporter," O'Bannon said. "Just being around her makes me want to be better in fighting, be better in life, a better Christian, a better follower of God. If people could see what she goes through day in and day out, you would see she does it with a smile on her face."

O'Bannon's venture into combat sports was almost cut short but then a higher power called the Alabama native back to competition, an experience that the 'Bible Belt Brawler' can only describe as "emotional."

When he first met his wife, O'Bannon made a promise to her that he would no longer compete in fighting. O'Bannon states that his wife had heard the typical stories of the life of a fighter and she did not want that for her family.

Then everything changed in an instant.

"We were in church one day, and I couldn't tell you what the preacher was preaching about, but it was weighing on my heart that I needed to be fighting. I said, 'Lord, I'm sorry. This woman sitting beside me, made me promise that I wouldn't fight again, so I can't do it.' Less than two minutes later, my wife nudged me and told me to lean down to her. She said, 'I don't know why but God is telling me right now that you need to be fighting again. I do not like it, but that is what he is telling me.' I started crying so hard and then we started talking about it and she said, 'it looks like you need to get your fat butt back into shape.'"

O'Bannon got himself into the gym, but a familiar foe entered the room. The opponent standing in the corner was named "adversity."

His regular boxing coach was situated more than an hour and a half away, and with his wife's health and the cost of fuel alone, O'Bannon need an alternative.

He turned to social media and asked for help. That's when a coach across the pond, in Wales, United Kingdom, offered to help train him by way of FaceTime.

"There are MMA gyms in my area in Alabama, but MMA striking is not what you need to focus on if you are just standing and trading with your hands," O'Bannon said.

At first O'Bannon was skeptical of the offer that coach Jason Williams presented to him, realizing he needed a coach to be present with him in the gym, but then a calming sensation put his nerves to ease and the bare knuckle fighter put the ego to the side and jumped on board.

Williams and O'Bannon started their journey together the very next night.

"I got out of work and I hit him up via FaceTime. It was about 11 p.m. his time," O'Bannon said. "The very first thing he addressed was my jab. He looked at me hitting the bag for about two minutes and the first thing he noticed was my jab needed improvement. Before I fought Arnold Adams I felt that I needed to work on my jab but I couldn't figure out how to throw it the way I needed to throw it. Jason showed me one little tweak to make and it worked perfectly. I knew it was something silly, a jab, but the good Lord made it work out and put me with the right guy that I needed to be training with."

With the odds stacked against him, O'Bannon continues to push through.

"I’m trying to make the best of my fights," he said. "I’ve fallen short twice now. I’m not going to hide my shortcomings. I’m trying to fight without a trainer present and that’s not good for anyone in combat sports."

While O'Bannon understands that the path he has taken is not the norm, it doesn't seem to bother him; he believes everything happens for a reason.

"It's not the process or whatever this is that I have faith in," O'Bannon said. "What I have faith in, is God. I truly believe in my heart that God has arranged all this for me. God told my wife and I that he needed me fighting again. There are so many people who need a positive role model to look up to and what I can tell you is, that through trusting God, several people have reached out to me and told me that my story has motivated them to get back to church and turn back to God. My faith is in God for this entire situation, everything that has happened, good or bad, it happens for a reason and I have to believe in it."