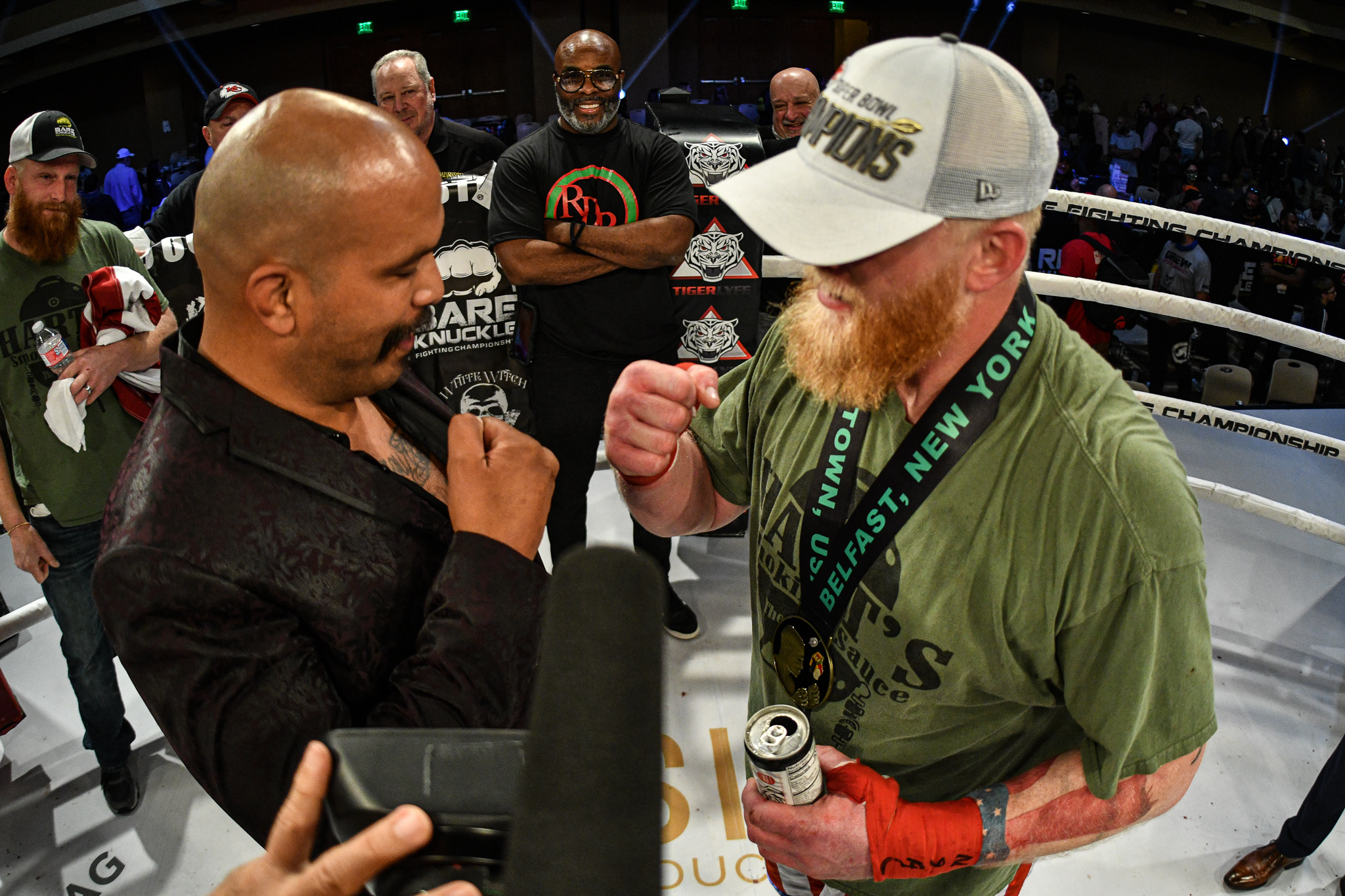 Sam Shewmaker on Joey Beltran bout at BKFC 18: "I could stand in there and box his ears off all day"

"The Hillbilly Hammer," Sam Shewmaker returns to the Bare Knuckle Fighting Championship squared circle for the biggest test of his career when he meets current champion, Joey Beltran, in the main event at BKFC 18 on Saturday, June 26.

Shewmaker made a lasting impression with the BKFC faithful in his last outing, stopping veteran Bobo O’Bannon in the first round on December 11, 2020 at BKFC 15 in Biloxi, Mississippi.

"I feel like I'm a better striking technically," Shewmaker said of the matchup against Beltran.

"I feel like I'm a better striker as far as my power. If I wanted to, I could stand in there and box his ears off all day but I plan on knocking him out. We're gonna beat him up and make it a hell of a title fight. I'm planning on having the first actual knockout in a heavyweight title fight for BKFC."

During Shewmaker's path toward the title he dispatched of Eric Prindle, Maurice Jackson, Joel Parades, and O'Bannon. His lone loss inside the squared circle came by way of split decision to former champion Arnold Adams. The Hillbilly Hammer also walked away from a bout without a clear cut victor as he and former champ Chase Sherman went to a draw.

Along the way, Shewmaker also saw a couple of missed opportunities as scheduled bouts against Josh Burns and Mark Godbeer were taken off the table due to cancelations from the coronavirus pandemic and fighters withdrawing from the contest. Those potential future matchups still interest the 37-year-old, Gravois, Missouri native in Shewmaker.

"I would love to fight Josh Burns, purely just because he likes to run his mouth," Shemaker said. "I'd also like to fight Mark Godbeer. He's a tough guy, he's got the heavyweight belt for Valor BK (another bare knuckle promotion). Why not go in there, beat him up, and prove that I'm the best heavyweight bare knuckle fighter in the world?"

The discussion did not end there as Shewmaker also expressed interest in running it back with Sherman, should the former champion return back to BKFC.

"Chase is a well-known tough fighter," Shewmaker said. "I'd love to get in there with him again and come out on top with a victory. We felt like we won the original fight, but we went down and took the fight in his backyard, where he's from, and we didn't do enough to get a knockout. When you leave it to the judges for a decision, sometimes you get a result like that. I'd love to run that one back. He's a great competitor, good guy, and we think we can beat him."

Along with Shewmaker's rise toward the top of the heavyweight bare knuckle pecking order, comes a bit of notoriety.

"A guy that lives here in the same town as me, has his own brewery," Shewmaker said. "He got a hold of me one day and said, 'Hey, I've got this blonde ale that I've come up with, and I'd like to put your name on it.'

Next thing you know, The Hillbilly Hammer has his own beer.

Hillbilly Hammer is a 6% Hazy IPA brewed with Citra, Amarillo and Zappa hops. Each 4 pack of 16 oz cans comes with a pair of 3D glasses for your viewing pleasure, and is available at Bee's Knees Ale House in Versailles, Missouri.

"He told me, 'it really packs a good punch,' Shewmaker said of his discussion with the brewery's owner. "He really wanted to be a part of #TeamShew, Team Hillbilly Hammer. I tried it out. I'm not a big IPA fan, but this beer is pretty damn good. Right now it is available in Morgan County, Missouri. We've also got a line of Hillybilly Hammer beard products that should be coming out any day. Everything form beard balm, to beard wash, beard butter, mustache butter, all sorts of things. We're pretty excited about that as well. It seems like everything happens for a reason. We don't want to fight forever. We want to use this platform that we've built to make a residual income from other than just getting punched in the face."

When asked about the new promotional materials and his comments about not wanting to fight forever, the Hillbilly Hammer expanded and opened up about his current 5-year plan.

"When we started fighting professionally in 2017, my wife and I came up with a game plan," Shewmaker said. "It was a 5-year plan on fighting. When the five years is up, we plan to take a step back and see how good we're doing, how healthy we are, and what shape we're in. We would take a look to see if we are competitive or if we need to stop or what not. So at the end of 2022, we are going to take a step back and take a look at what's going on, and possibly retire or keep on going. It really depends on how we're doing. If we're holding the belt and the money is where it needs to be, then yeah, we'll still fight."