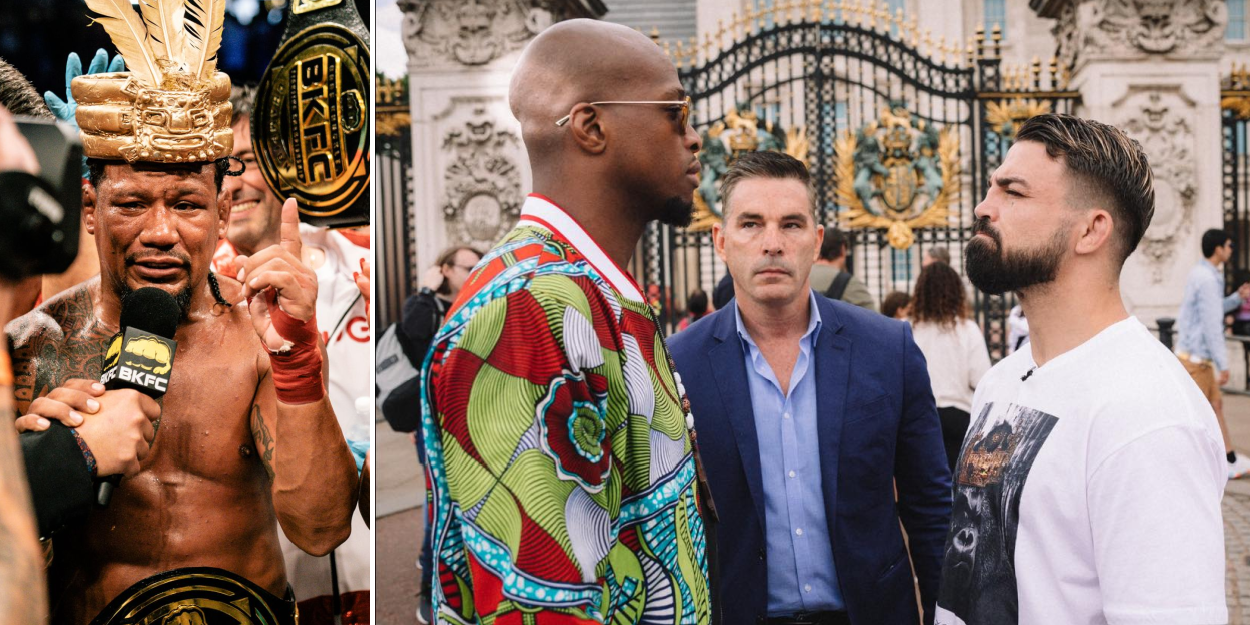 The Champ-Champ has spoken.
Luis "Baboon" Palomino, the first two-division champion in BKFC history, has officially made his prediction for the BIGGEST Main Event in bare knuckle fighting history.
The Peruvian-American powerhouse had this to say when asked about the BKFC 27 showdown between "Platinum" Mike Perry and Michael "Venom" Paige on Aug. 20 at Wembley Arena in London, LIVE on the BKFC app.
"I'm going for Mike Perry to win the fight, but he needs to really push the pace, close the distance as soon as possible and drop bombs. He needs to make it a dog fight; dirty and aggressive in the close quarters. If he gives "MVP" time to get comfortable and get in his distance and timing, it can be a very long and bad night for Perry. My pick is Mike Perry by KO before the third round."
Check out our Events page for the next BKFC event in your area, and keep up to date on all the happenings in the Squared Circle with the new and improved BKFC app.