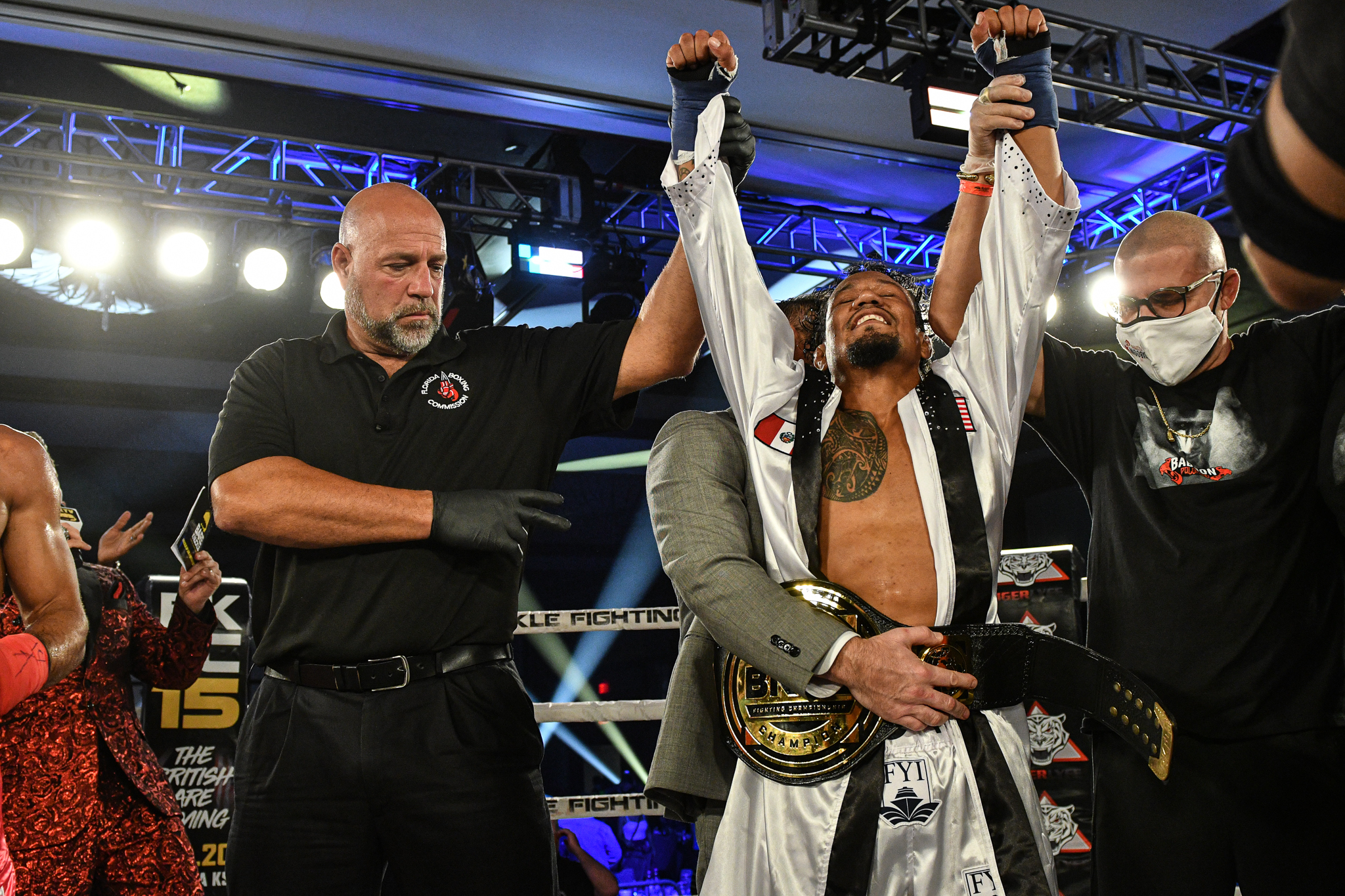 Luis Palomino on Tyler Goodjohn BKFC 18 title bout: "I don't pick and choose who I fight"

Four world titles are on the line this weekend in Florida

With bad blood stemming from an in-ring altercation between the two after Palomino stopped Jim Alers at BKFC-14 in Miami, BKFC fans have anticipated this confrontation for the last eight months. In an outstanding all-action battle, Goodjohn made his triumphant US debut with a unanimous decision over Charles Bennett on December 11, 2020 at BKFC-15 in Biloxi, MS.

Palomino recently spoke with Joshua Fers of Combat Insiders about the booking and the chance of stance that the champion now has on the matchup. Fers mentioned that Palomino initially had no desire to defend his title against Goodjohn, following the in-ring confrontation.

"At the end of the day, I don't pick and choose who I fight," Palomino told Fers. "If anything.... if I could put this for everybody to understand this, I'm only looking for a bigger fight, or a bigger name for myself. I'm not going to pick and choose. If David Feldman (BKFC President) or BKFC says 'look, you're fighting so and so next,' that's who I am fighting. The only thing is, I was waiting so long to fight. That was the only problem really."

Palomino went on to discuss that as he sits and waits, he is not being paid. When a fight is offered, you answer the call.

Palomino would later commend Goodjohn's abilities as a champion over in England and welcomed the opportunity, but not before dismissing his future opponent's last fight against Charles "Felony" Bennett.

"It was garbage," Palomino said.

"I saw somebody that is not on my level," the champion continued.

Also on the card:

In the heavyweight division, BKFC World Champion ‘The Mexicutioner’ Joey Beltran, (4-1-1, 2 KOs), fighting out of Carlsbad, CA will make the second defense of his title against Sam ‘The Hillbilly Hammer’ Shewmaker, (4-1-1, 3 KOs), of Gravois Mills, MO.