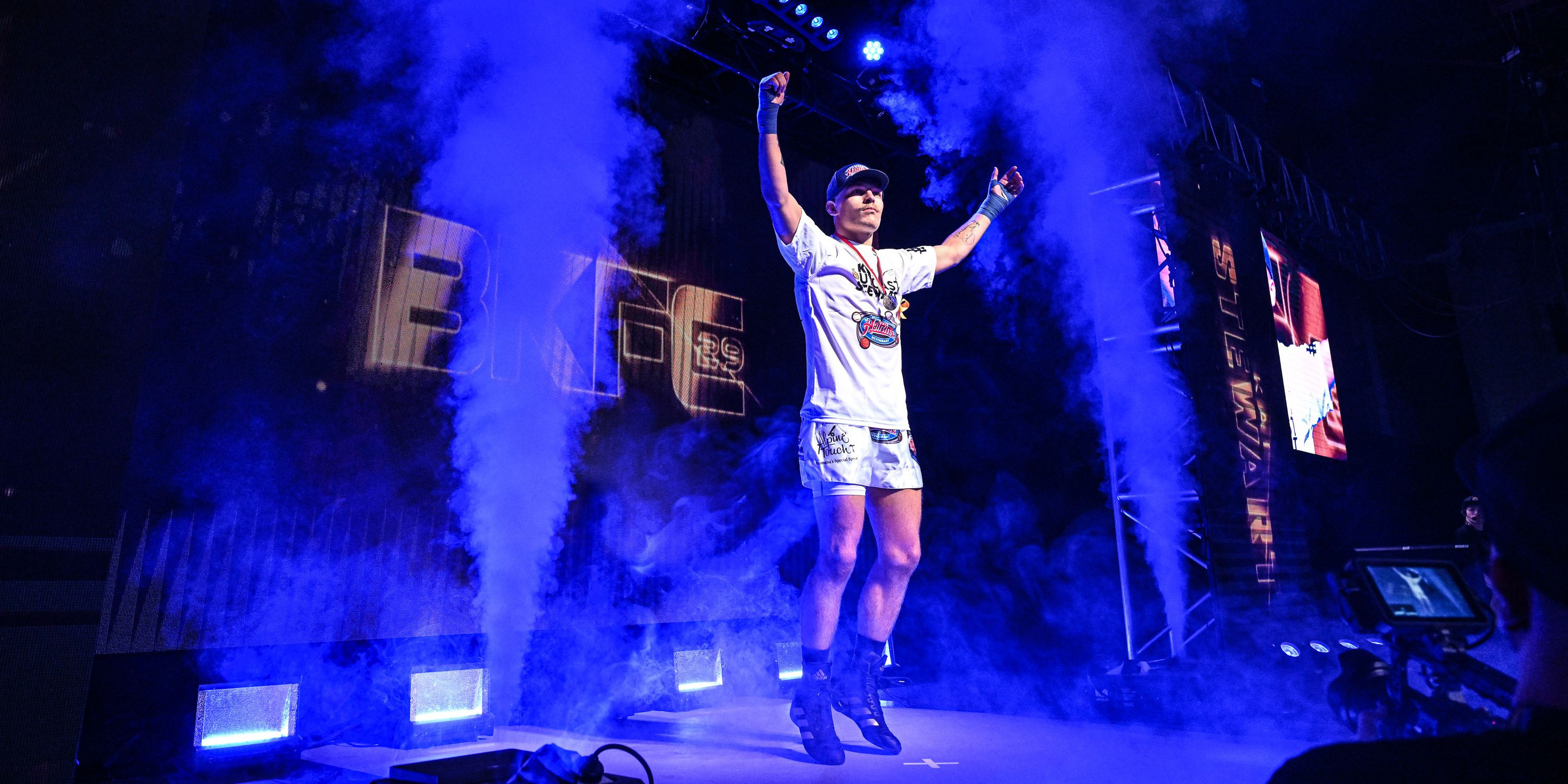 Heading into his fight with Rusty Crowder at BKFC 29 on Saturday, Stewart predicted he’d improve to 3-0 in the Squared Circle with a third straight KO. As it turns out, Stewart won – but the victory came via a hard-fought, back-and-forth split decision.

“There’s nothing anybody can say now,” Stewart said.

“If I knocked Rusty out, there would’ve been a hundred excuses. But now I have two first-round knockouts under my belt, and a five-round fight where I had to overcome some adversity. There’s nothing that anybody can say now.”

Stewart entered Saturday’s bout in Great Falls, MT as the No. 3-ranked BKFC featherweight, while Crowder held the No. 2 spot. “Hefty Bag” believes his victory solidified his shot at the vacant BKFC World Featherweight Championship.

Stewart says he’s willing to fight anyone for the crown, but it would make the most sense for him to fight No. 1 contender Howard “HD” Davis (2-0-1).

“That would be a battle of who wants it more. He’s a boxer, I’m a wrestler, and we’re doing bare knuckle fighting," Stewart said. "It’s a recipe for Fight of the Night. It would be fireworks.”