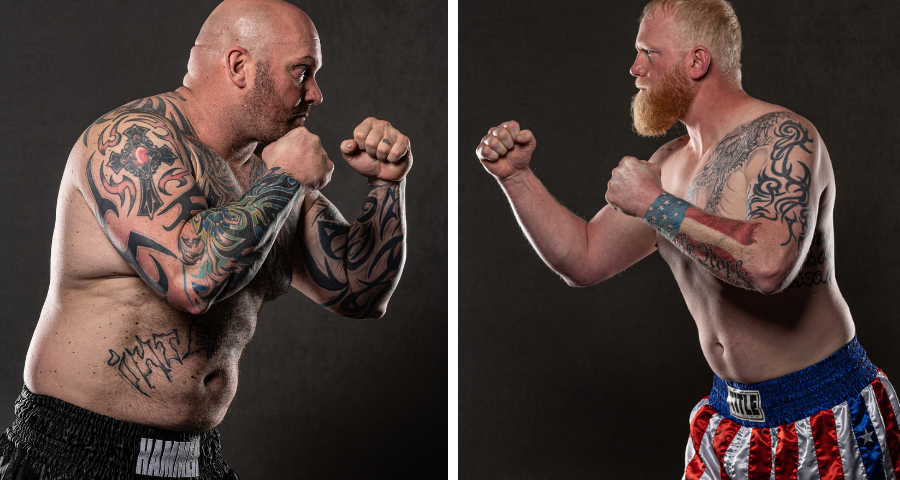 Co-featured in a battle of heavyweight arch-rivals, Former BKFC World Title Challenger, Sam ‘The Hillbilly Hammer’ Shewmaker (5-2, 2 KOs), of Gravois Mills, MO battles Josh ‘The Hammer’ Burns, (1-1, 1 KO), of Detroit, MI. Having engaged in a savage war of words on social media in recent weeks, both Hammer’s will finally have a chance to settle their dispute in the squared circle.

Shewmaker makes a quick return to action following a very hard-fought challenge to BKFC Heavyweight World Champion, Joey Beltran on June 26, 2021 at BKFC 19. The fight, taking place in front of a huge crowd at Hard Rock Live in Fort Lauderdale, FL, saw both combatants throwing bombs from the opening bell until the end of the fifth stanza, a true BKFC classic.

Burns looks to rapidly bounce back into world title contention following a loss to Frank Tate on April 30, 2021 at BKFC-17. On December 11, 2020, Burns made his memorable BKFC debut with a brutal first round knockout of Chris Sarro at BKFC 15.

Burns recently spoke with Dylan Bowker of MyMMANews.com to discuss the pending fight.

“Well, I mean this is officially the third time that we’re supposed to fight," Burns said. "We’ve actually signed the contract twice before to fight. So it was actually supposed to be my debut in the BKFC. He was gonna be my debut fight instead of Chris Sarro. So it’s been in the works for a couple of years now.

“So (laughs), needless to say, we’ve been wanting to do the damn thing. I don’t care for the guy, he don’t care for me, it’s gonna be a good fight. As far as signing it on the dotted line, I mean, like I said it’s the third time. So I’ll believe it when he actually shows up. I’ve been there the other two times. So I’ll just believe it when he actually is there at the weigh-ins and weighing in.”