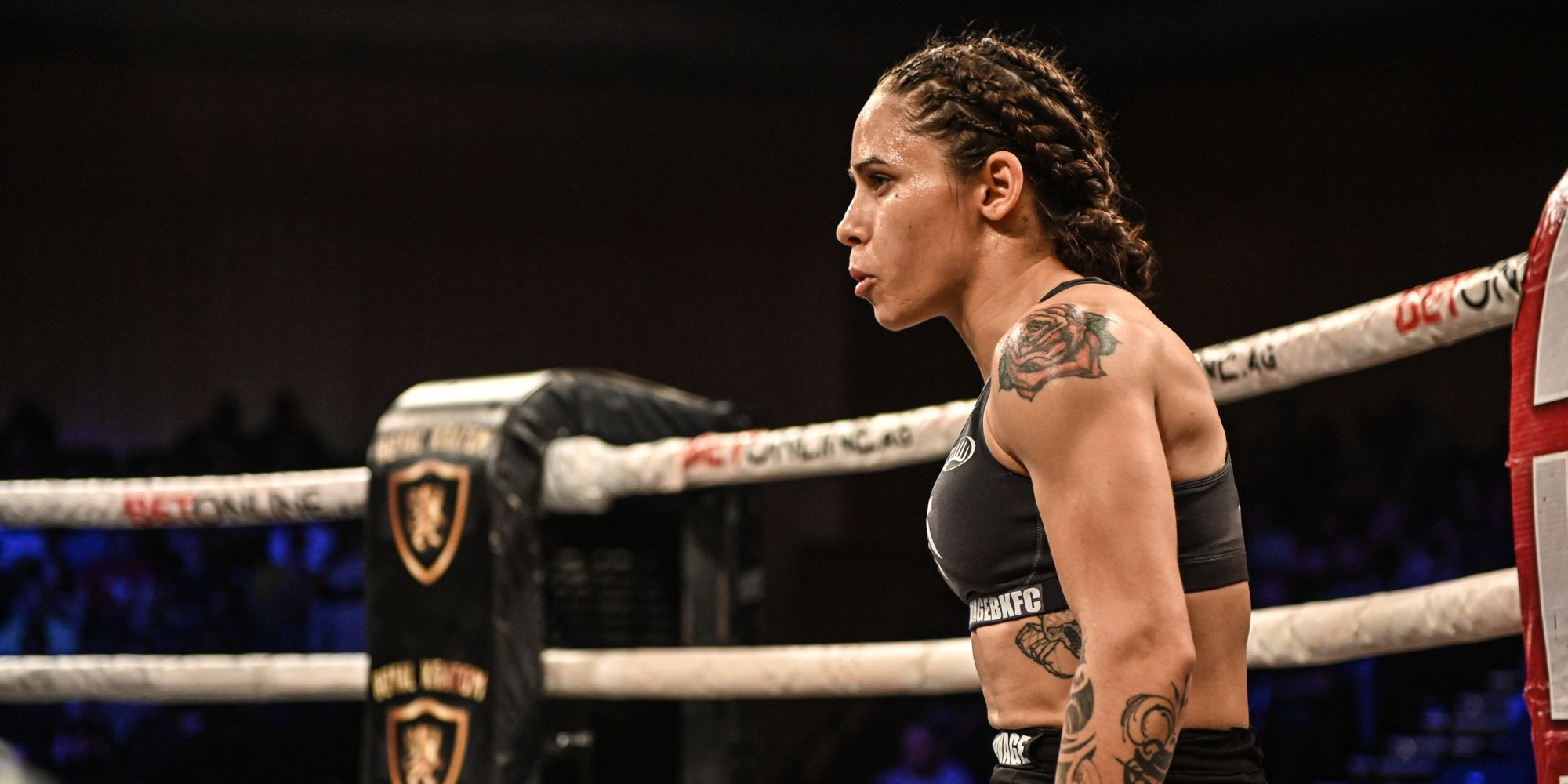 Jenny Savage: From a dark place to the bright lights at BKFC 29

Jenny Savage was in a dark place.

When the pandemic was raging around the globe, Savage lost her son’s father to suicide. The sudden loss brought to Savage a serious bout with depression.

When restrictions eased, Savage rushed to church, eager to tend to her faith.

One day at church, someone who Savage describes as a prophet brought her a message that changed her life.

They shared Psalm 144:1 – “Praise be to the LORD my Rock, who trains my hands for war, my fingers for battle.” They also said a big fight opportunity would come in two weeks.

“Two weeks from that day, I got a call about BKFC,” Savage said.

“I liked bare knuckle fighting. It’s hardcore and really cool, but my path was more jiu-jitsu and MMA. But I felt that was a sign from God that I had to take this step.”

Savage answered the call, of course, and she has since established herself as one of the top young female fighters in the world of bare knuckle fighting.

Savage’s life has changed a lot since BKFC came into the fold, and not just her training.

“My life has changed physically, spiritually, and I feel like I’m a lot more patient. This is a sport that forces you to slow down and make sure that your steps are very calculated and very thoughtful,” Savage said.

“It’s been good for my mental health,” she added. “It made me realize that I have to trust in the plan I have. As long as I stay consistent, as long as I stay honest with myself and my art, I know that everything will work out for the greater good.”

Savage tries to improve to 3-1 in the Squared Circle when she takes on Veronika Dmitriyeva in strawweight action at BKFC 29 on Sept. 10 in Great Falls, MT, LIVE on the BKFC app.

Savage graduated college earlier in the summer, and has been a full-time fighter since May. She’s excited to showcase her improvements and put on a show in Montana.

“I wanted to show so much more in my last fight, but I felt I had so much to prove after having such a horrible loss to Britain Hart Beltran,” Savage said. “It’s always my plan to go out there and entertain the crowd. They came here to see a show.”