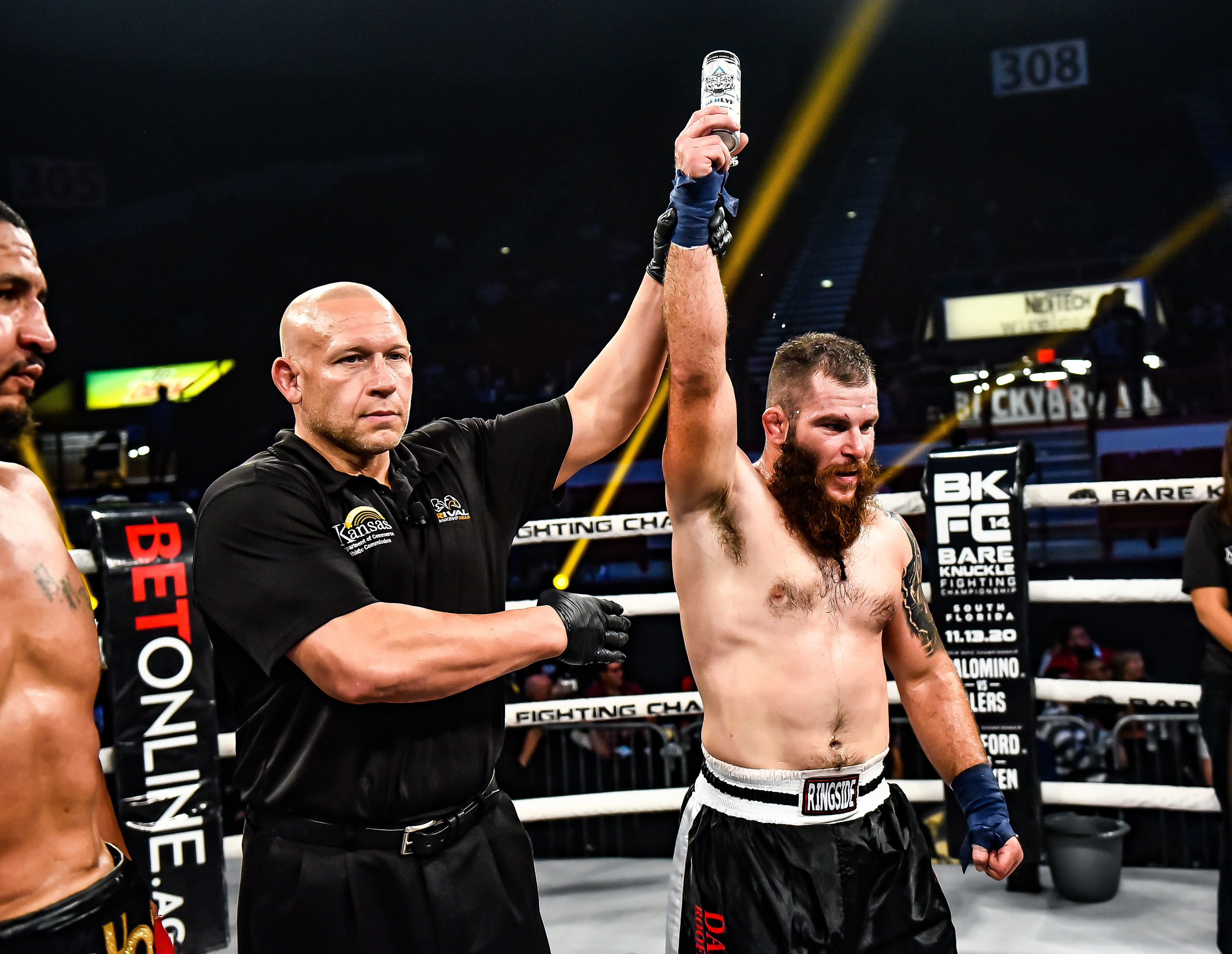 Isaac Doolittle: "We’ll have a beer afterwards, but once we get into that ring we’re going to hit each other"

BKFC Fight Night Wichita is headlined by a classic Welterweight Rivalry Showdown between ‘The Fighting Pride of Wichita’, Dave ‘The Caveman’ Rickels’, (1-0), and Julian ‘Let Me Bang’ Lane, (3-2) of Mansfield, Ohio.

Returning to the BKFC squared-circle is the 30-year-old Kansas native, Isaac Doolittle who looks to earn his second win with the promotion when he meets Jay Jackson on Saturday night.

“He’s a hard-hitter," Doolittle said of Jackson. "He’s an action-reel highlight type guy. He looks like he’s tougher than nails. It should be a fun fight. He looks nice and humble. We’ll have a beer afterward, but once we get into that ring we’re going to hit each other. I’m aiming to knock him out in the first, second, or third, but if we go to the later rounds and go to a decision…. I’m definitely hugging that man cause that is one tough guy.”

After going the distance in his last fight with BKFC, Doolittle went back to the drawing board to try and correct any shortcomings he found in his decision victory over Brandon Johnson at BKFC 13 late last year.

“Bare knuckle is a lot faster-paced, and it also a lot longer," Doolittle said while describing the fights.

While the rounds are shorter than in MMA, the constant striking pressure is what makes makes 120-seconds feel like an eternity.

"Those two-minute rounds feel like they are about a half-hour a piece," Doolittle continued. "Rounds four and five stretch on forever. The first two are over real quick. Boom, boom, boom, you’re done. You’re hitting the nitro, you are flying through them. The last two just dragged.

“It’s not just the cardio but the mental aspect of it too. You’ve been pulverized and just want it to be over. BossHogg (Brandon Johnson) and I went at each other, balls to the walls for three rounds. I broke everything on his face, both of his hands, he was bashing up my ribs. On both of us, everything seemed broken." 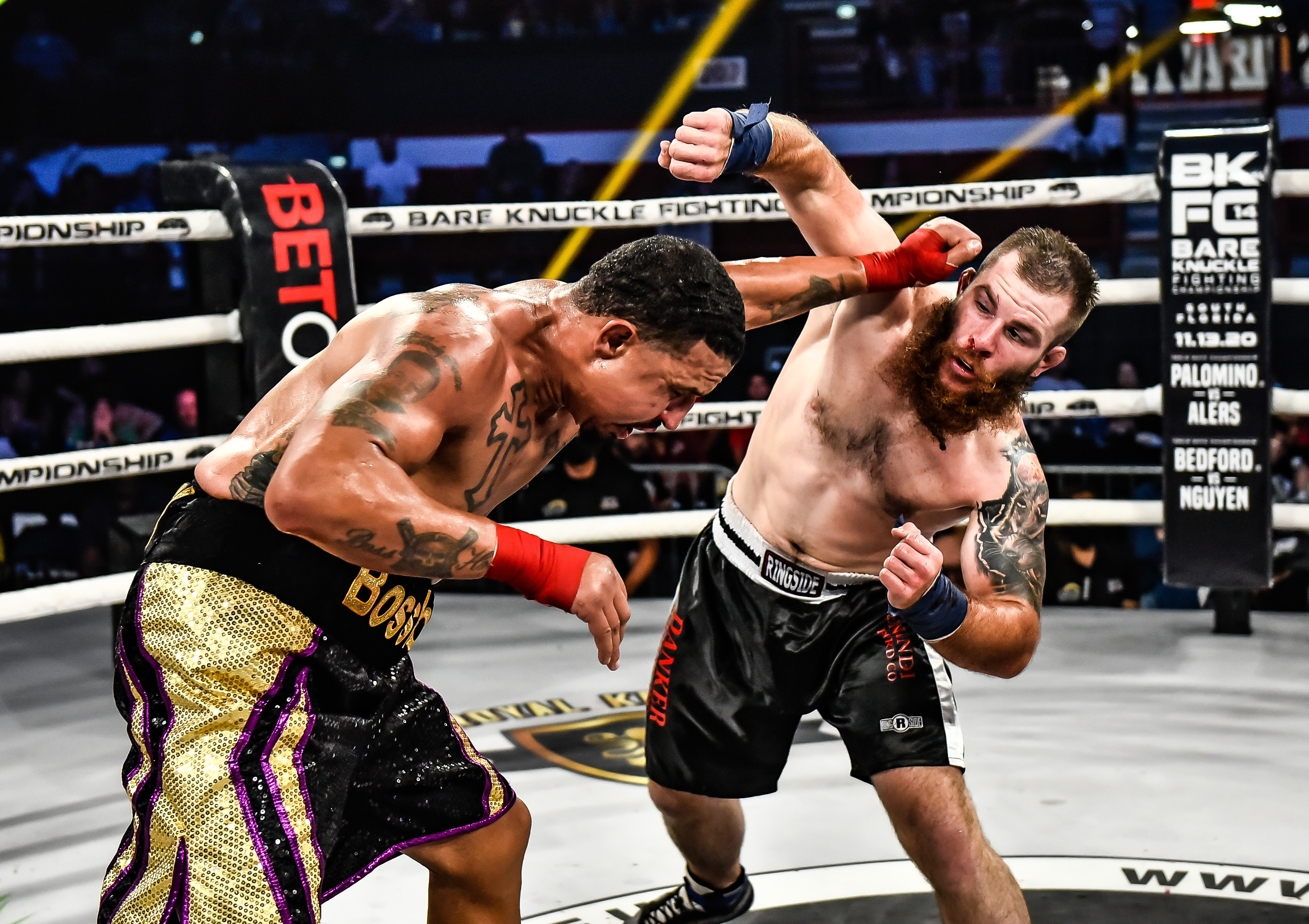 To make things even more complicated for Doolittle, as if the pressure of his own fight were not enough, girlfriend Jessica Link will also be competing in Wichita earlier in the night.

Link will walk to the BKFC squared-circle a few short hours before Doolittle, when she meets BKFC veteran Charisa Sigala on the BKFC Fight Night Wichita main card.

“I definitely have concerns,” Doolittle said about his girlfriend making her professional bare knuckle debut on Saturday night. “I used to hear people say, ‘We’re concerned about you when you fight.’ I was like, ‘that’s nice and cute,’ and then I watched her (Jessica) fight and I was like ‘Oh God, these poor people.’

“Since I’m competing, I’m going to be doing pretty much everything I can to distract myself in the back until it is my turn. She’ll have her fight, I’ll have my fight. We will celebrate afterwards.”