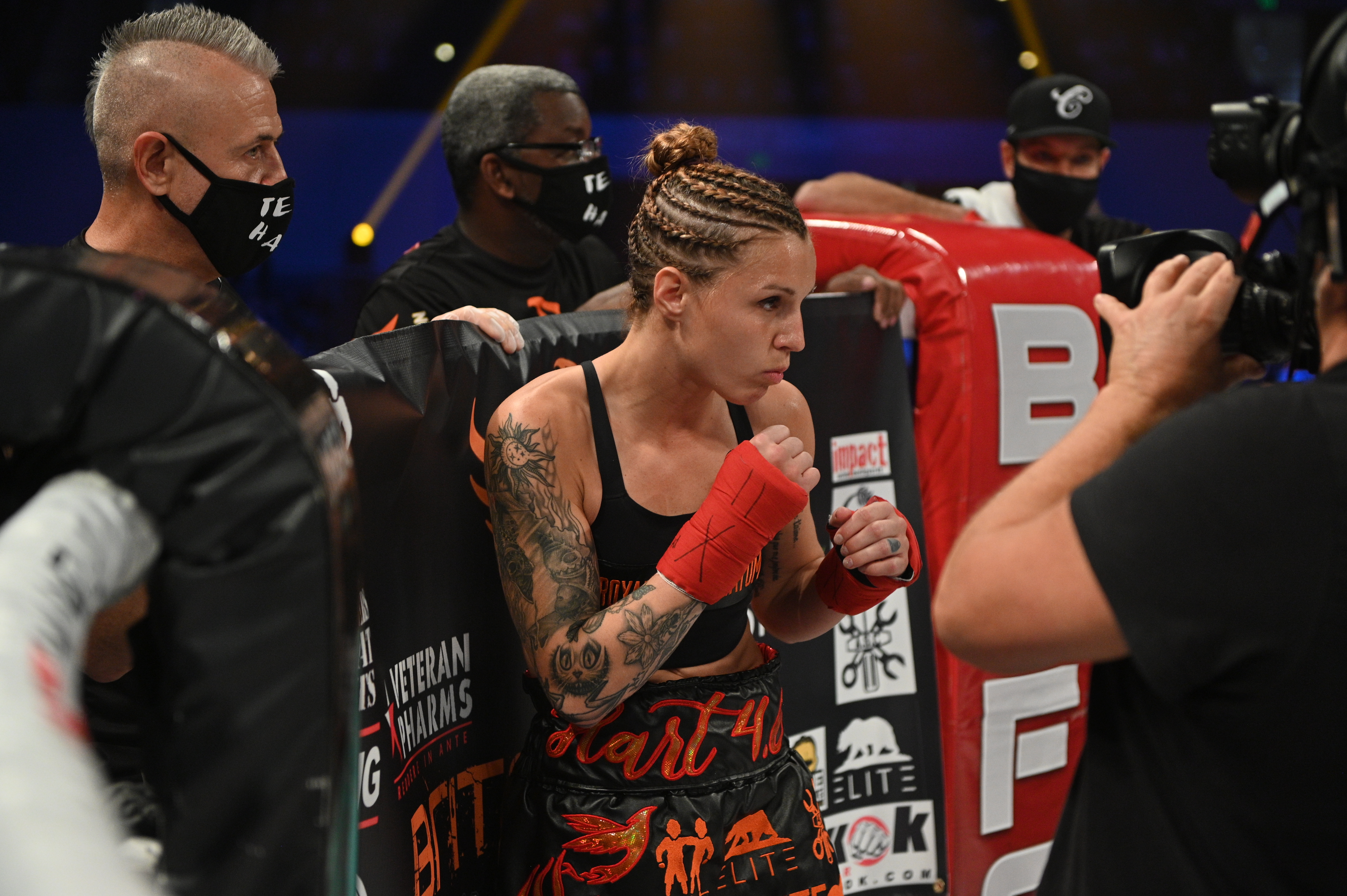 Ahead of her BKFC 19 rivalry bout against Jenny Savage this coming weekend, Britain Hart talks about her decision to walk out of the press conference that was held following BKFC 18 weigh-ins last month.

In a conversation with Joe Migz of Fight Addicts TV, Hart discussed what set off her.

"I got in this press conference and I knew it was about Paige (VanZant) and Rachael (Ostovich) and welcoming them to the sport," Hart said. "Then I heard, 'Britain, you are the co-main event,' and I kind of got bothered by it. I didn't even want to talk about my opponent who wasn't even there, when Paige VanZant, I just whooped her ass, and Rachael hasn't even toed the line yet. I basically said, 'Hey, you come for the boobies, but you stay for the real fighters,' and they're not real fighters in my opinion. They haven't earned it. So, I left and said, 'I'll come back when there's real fighters.'

When asked about VanZant and Ostovich headlining after Hart defeated Paige in her last outing, Hart was not in favor of the decision.

"I think it is redundant and I don't think it stands for what fighting is," she said. "Fighting should be putting us all on a fair, even playing field. I earned what you have right now. I earned the top dog spot. I've been in bare knuckle, I've fought the hardest people. I come back time and time. I stepped up to your challenge and I beat you hands down, convincingly. I should be the main spot going forward."