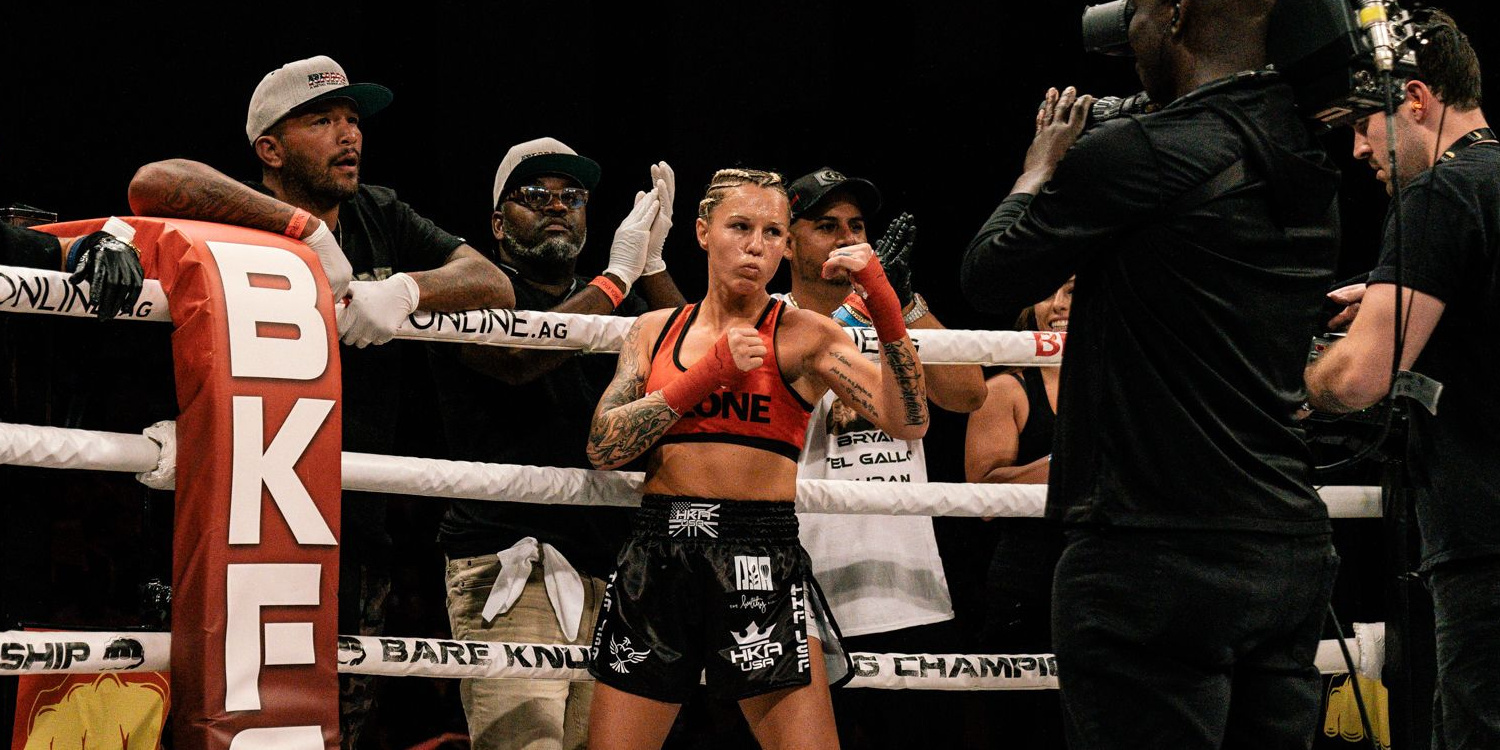 Britain Hart Beltran has a new assignment for her BKFC 29 Main Event battle on Saturday in Great Falls, MT, LIVE on the BKFC app.

She will now take on Charisa Sigala for the inaugural BKFC World Women’s Strawweight Championship after her previous opponent, Thailand’s Fani Peloumpi, had to withdraw from the bout due to unforeseen Covid-related travel issues.

Hart Beltran had this to say about the mid-fight week switch of opponents: “Many thoughts entered my mind when I found out that Charisa Sigala is my new opponent. That girl never quits, and I respect that a lot about her. I appreciate her stepping up to make this fight happen, and the fans are responding with much enthusiasm. This is a huge day for women’s combat sports, and I’m happy to be a part of it in a huge way.”

Also on Saturday’s card is a battle of top light-heavyweight contenders Joe “Diesel” Riggs (3-2-1) and Josh “D-Day” Dyer (2-1), No. 2-ranked BKFC featherweight Rusty Crowder (4-3) takes on No. 3 Kai “Hefty Bag” Stewart (2-0), a battle of unbeaten welterweights Dallas Davison (2-0) and Gorjan "GoGo" Slaveski, the return of star strawweight prospect Jenny Savage (2-1), the No. 3 women's flyweight, against Veronika Dmitriyeva (0-0), and much more.