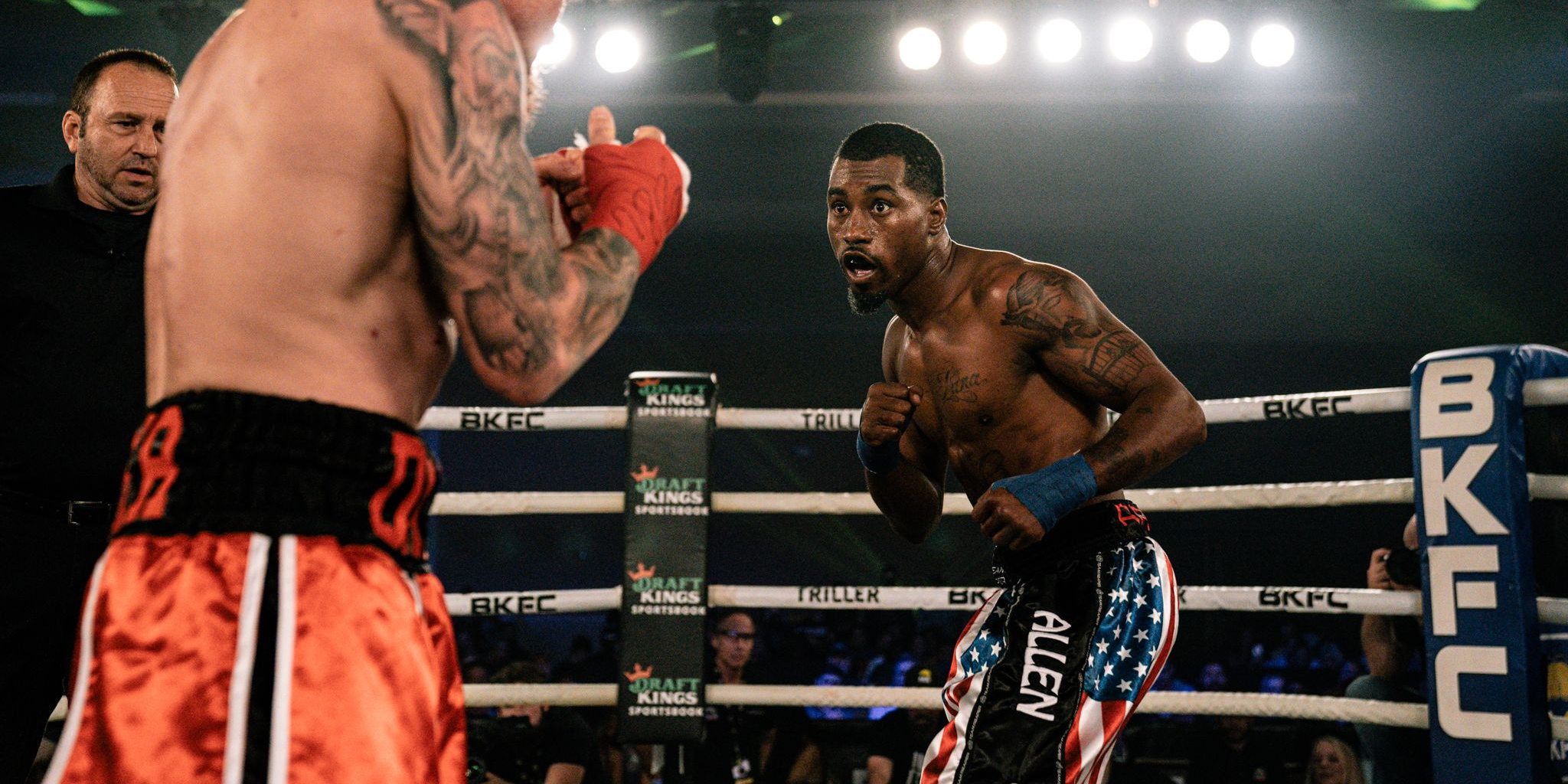 Brandon Allen is his own toughest critic.

Allen scored a third-round TKO victory over Josh Marer at BKFC 32 on Saturday in Orlando, but he isn’t content just to win in the BKFC Squared Circle. He wants to dominate.

“I’ve got to keep pushing, I’ve got to keep going – I’ve got to be more active. I got caught a couple times. Josh is a great opponent, don’t get me wrong, but I should’ve finished the fight faster,” says Allen, who improved to 2-1 with his second straight victory.

“There are a few things I’ve got to work on.”

Less than 48 hours after having his hand raised at Caribe Royale, the Tampa, FL fighter is back in the lab, preparing for a breakout 2023 campaign in the stacked BKFC featherweight division.

“I’m about to head to the office to work on my footwork and head movement,” Allen says. “Those are two things I’ve got to work on. They’ve got to be second nature to me, and they will be.”