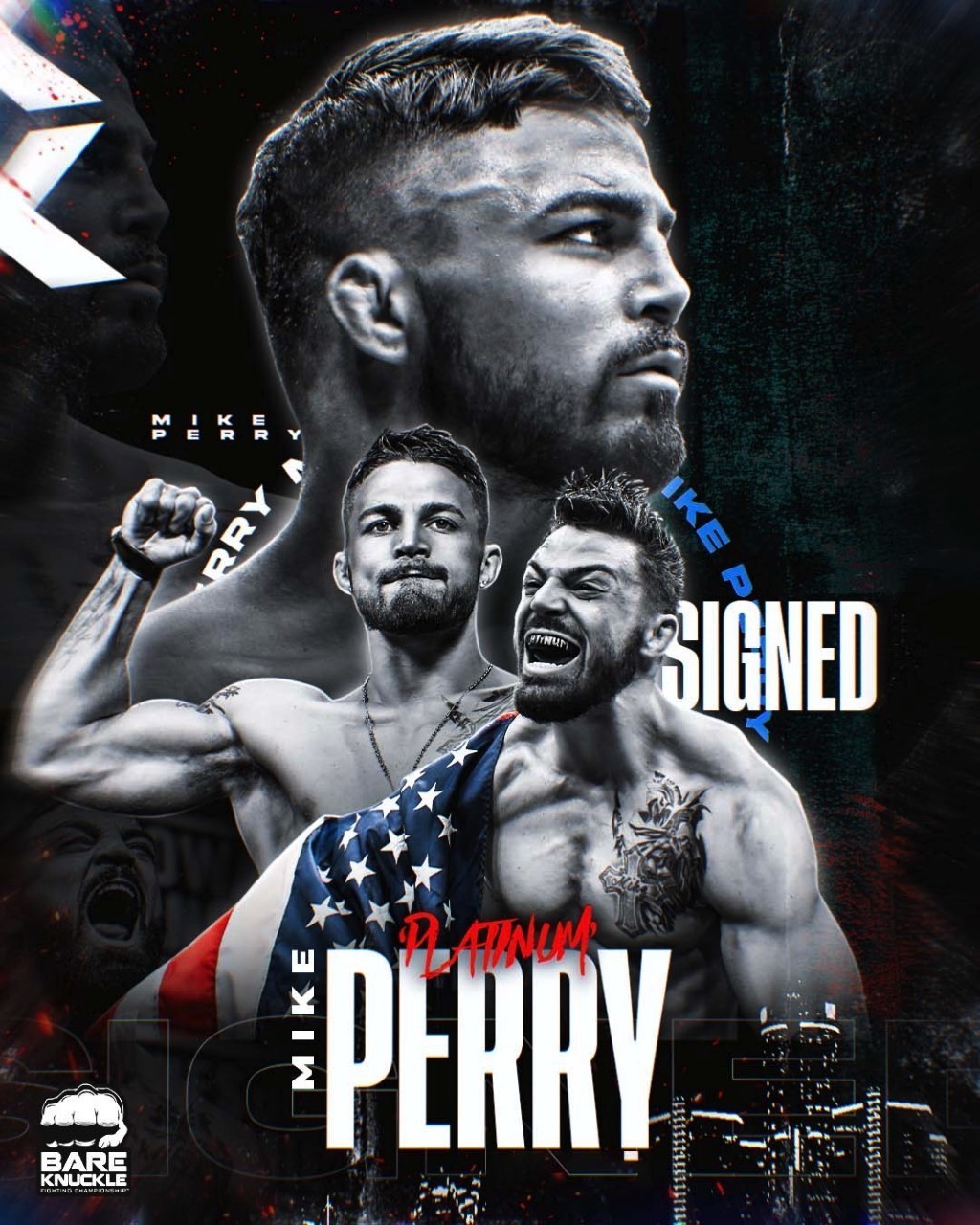 “We’re thrilled to bring Mike aboard to our vast stable of exciting fighters,” said Dave Feldman, President of BKFC. “Over the last seven years he’s proven to be one of the toughest fighters in mixed martial arts and his skill set along with his aggressive style works very well for our growing international fan base.”

Said Perry, “Let’s skip all the formalities! This sport is evolving and I am here to strike fear into the hearts of my competitors! I plan to intimidate the world when I show what a truly skilled combat specialist is capable of with his bare hands.”

“I will dismantle the opposition and reach the glory I have longed for my entire life. I will be crowned King of the streets and King of combat sports! They will make me a Platinum Crown and carry me on the bloody backs of my defeated rivals! I am here to go straight to the top and make anyone think twice about entering my world! BKFC is my world!” #BloodSportDreamsandNitemares

Fighting in the UFC since 2016, Perry holds victories over Mickey Gall, Alex Olivera, Paul Felder, Jake Ellenberger and Alex Reyes. He holds a purple belt in Brazilian Jiu-Jitsu which helped him to an overall MMA record of 14-8 with 11 knockouts.

Earlier this year Perry sparred with Jake Paul ahead of his clash with MMA fighter Ben Askren in April. The sparring sessions made national headlines and caused friction between the two camps with both fighters releasing edited video favorable to each other.

Details on Perry’s BKFC debut will be announced shortly.